PATH TO POWER: Seventy-five-year-old Singer, who grew up in Teaneck, N.J., the son of a pharmacist, received his JD from Harvard Law School in 1969 and started his flagship hedge fund, Elliott Associates, in 1977. While revered by hedge fund investors for decades, he burst into public view in 2012 during his 15-year legal battle with Argentina, when he briefly won possession of an Argentine naval frigate to satisfy his debt claim against the South American country. For years, Singer, worth $3.2 billion, has been a top Republican financier and the longtime chairman of the Manhattan Institute, a conservative think tank.

POWER PLAY: After winning his legal battle with Argentina in 2016, Singer went on to use scorched-earth tactics honed in sovereign debt and bankruptcy battles to become a feared activist shareholder. His tactics continue to be controversial, but last year his $34 billion hedge fund subjected 24 companies to its activist demands, making it the number one activist of the year, according to the Activist Investing Annual Review of 2019.

PATH TO POWER: A widely respected academic, Georgieva holds a PhD in economics and an MA in political economy and sociology from the University of National and World Economy in her native Bulgaria. She completed postgraduate work at the London School of Economics and MIT. Outside of academia, Georgieva has had an impressive career in diplomacy and economic policy, as an EU commissioner lauded for her humanitarian work in Haiti and Pakistan and in her many roles at the World Bank, which she first joined in 1993. In 2014, Georgieva was named vice president for budget and human resources at the European Commission, tripling funding during the refugee crisis in Europe, increasing the number of women in management positions at the commission and managing the European Union’s 33,000-person staff and $175 billion budget. In 2017, Georgieva became World Bank CEO, a newly created position.

POWER PLAY: Georgieva cochairs both the Global Commission on Adaptation and the World Economic Forum’s High-Level Group on Humanitarian Investing. An ambitious leader, Georgieva has said she will meet or exceed her goal of having women in 50 percent of the World Bank’s senior management positions by 2020. She was thought to be a leading candidate to head the European Council but lost out in June to Belgian Charles Michel; now she’s in the running to replace Christine Lagarde at the IMF.

PATH TO POWER: Born in Denmark to Lutheran ministers, Vestager first ran for parliament in 1989 at age 21. Although she didn’t win, it was clear that she had a future in politics. In 2007 she was appointed the leader of Denmark’s Social Liberal Party, and she became deputy prime minister in 2011. Vestager became Europe’s top competition regulator in 2014 and immediately went after Apple for tax evasion, leveling a €13 billion fine in 2016.

POWER PLAY: Vestager isn’t slowing down. She hit Google with a €1.5 billion fine for antitrust violations in March—the third such penalty against the company in less than three years—and is reviving the use of “interim measures,” which allow the regulator to block anticompetitive behavior at the beginning of an investigation, rather than when it is concluded. Her aggressive pursuit of American tech companies led President Trump to accuse her of “hating the United States.” 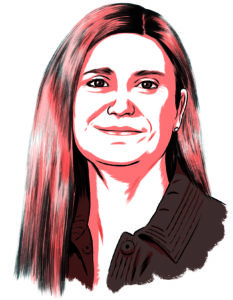 PATH TO POWER: A native of the United Kingdom, Lake studied at Reading University and began her career as a consultant at PwC. After five years, she joined JPMorgan Chase and began climbing the ladder. After 20 years of senior positions, she became CFO in 2013.

POWER PLAY: Lake, a single mother who avoids the spotlight, has long been in the running to succeed CEO Jamie Dimon. Her promotion to CEO of consumer lending earlier this year is widely seen to position her at the front of the pack, particularly after Reuters reported she had told the board and Dimon that she wanted the top job. The shift is seen as filling out her experience, which has included everything from supervising annual stress tests to monitoring the cafeterias for bank employees.

PATH TO POWER: A native of Great Neck, N.Y., Cohen started trading options at Gruntal & Co. after graduating from Wharton in 1978. From that modest start he eventually became the unofficial bad boy of hedge funds with his firm, SAC Capital. SAC gained notoriety when it was put out of business by then U.S. Attorney Preet Bharara’s insider trading dragnet, which led SAC to plead guilty to securities fraud, pay a record $1.8 billion fine and shut its doors. Cohen, now 63, was never charged, and continued to manage his own wealth, now estimated at about $13 billion.

POWER PLAY: In 2018 regulators allowed Cohen to raise money from investors again, and Cohen fans quickly forked over $5 billion for a new hedge fund, Point72 Asset Management. So far, Cohen has failed to produce the double-digit returns that made him famous, but even so, this year he is trying to raise another $1 billion from investors. An avid art collector, Cohen also dropped a cool $91 million for a Jeff Koons balloon sculpture at one of Christie’s spring auctions this year—one of several Koons pieces he owns. 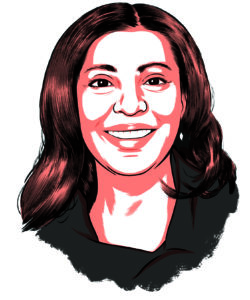 PATH TO POWER: James grew up in Brooklyn and is a graduate of the City University of New York and Howard University School of Law. After serving on the New York City Council for a decade, she was elected public advocate in 2013, succeeding now mayor Bill de Blasio. In 2018, she won a crowded Democratic primary to become attorney general of New York.

POWER PLAY: As the top law enforcement official in one of the most liberal states in the country—and President Trump’s home state—James became one of the president’s most powerful antagonists when she was sworn in this January. James inherited from predecessor Barbara Underwood a lawsuit brought against the Trump Foundation, which the Trump family then shut down in December 2018. James saw that suit and raised the stakes, subpoenaing Deutsche Bank for information related to loans the bank extended to the Trump Organization. She’s clearly getting under the president’s skin: In July, Trump went on a tweet tirade against New York, alleging that governor Andrew Cuomo “uses his Attorney General as a bludgeoning tool for his own purposes.” James tweeted back: “No one is above the law, not even the President. P.S. My name is Letitia James. (You can call me Tish.)”

PATH TO POWER: The granddaughter of Fidelity founder Edward Johnson II, Abigail Johnson has worked at the firm since 1988. After earning her MBA at Harvard, Johnson started at Fidelity as an analyst, rising to become president in 2012 and CEO in 2014. The only woman to sit on the board of the Financial Services Forum, Johnson also serves on the Committee on Capital Markets Regulation and the Securities Industry and Financial Markets Association. Johnson is one of the world’s wealthiest people, with a reported net worth of $15 billion.

POWER PLAY: With Fidelity’s assets at $7.6 trillion as of April, Johnson has pivoted away from earlier resistance to low-fee services and is now fully engaged in a competitive pricing war with the Vanguard Group. On June 1, Fidelity announced a 14 percent fee reduction on a collection of passive target-date funds, making 21 of its 22 Freedom Index Funds less expensive than comparable Vanguard Group products. The move followed Fidelity’s 2018 introduction of zero-fee index funds, two of which—Fidelity Zero Total Market Index and Fidelity Zero International Index—gained $1 billion in assets in a little more than one month. 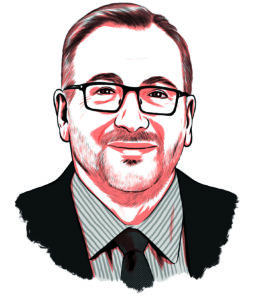 PATH TO POWER: Klarman, who grew up in New York City, began investing in stocks when he was 10. He studied economics at Cornell and then earned an MBA from Harvard. Klarman formed his hedge fund, the Baupost Group, with two of his  professors. Baupost’s performance is legendary, and Klarman’s book on value investing, Margin of Safety, goes for as high as $1,800 on Amazon.

POWER PLAY: After wildfires tore through California last year, it soon became clear that power company Pacific Gas & Electric was likely responsible. When the company declared bankruptcy, it looked like Klarman’s Baupost, which had put almost $1 billion into the company, was going to suffer as a result. But according to Bloomberg, the fund also made bets on insurance claims, allowing it to offset any losses and giving it a significant say in the bankruptcy proceedings. The firm boosted its holdings in PG&E in May.

PATH TO POWER: Miller grew up in Santa Monica, Calif., and attended Duke University, where he joined the Duke Conservative Union. After leaving college, he worked in the offices of some of the United States’ most anti-immigrant politicians, including former House member Michele Bachmann (R-Minnesota) and then senator Jeff Sessions (R-Alabama). During the 2016 election, Sessions became President Trump’s first supporter in Congress, and Miller soon joined the Trump campaign. When Trump won, Miller went with him to the White House.

POWER PLAY: Throughout his tenure at 1600 Pennsylvania, Miller has watched allies and enemies come and go, yet somehow, he survives. His commitment to restricting immigration culminated in late 2018 when the government ground to a halt following a threat from Miller, on Face the Nation, that the president would “absolutely” shut down the government if Congress did not agree to fund his border wall. The stalemate dragged on for 35 days, becoming the longest shutdown in history and costing the U.S.

PATH TO POWER: Navarro holds a PhD and MPA from Harvard and had been teaching economics at the University of California, Irvine for 20 years when he received a cold call from Jared Kushner. The president’s son-in-law had discovered Navarro’s book Death by China on Amazon, and wanted to hear more. Before joining the White House, Navarro ran for office four times as a Democrat and supported aggressive action on climate change.

POWER PLAY: Navarro’s support of protectionism, which has made him one of Trump’s closest allies in recent months, has earned the economist critics throughout corporate America and even within the White House. He is credited with Trump’s threat, in June, to impose 5 percent tariffs on all imports from Mexico if the country didn’t do more to stop the flow of immigrants toward its border with the U.S. On the cable news circuit, Navarro praised the move, further endearing him to the president who, a week later, struck a “deal” with Mexico and rescinded the threat. Trump is reportedly so pleased with Navarro’s advice that he has taken to calling him “my Peter” and often pulls him into meetings over the objections of other advisors.