The 21 Most Powerful Women in the Business of Sports

Mighty barriers remain, but women are gaining ground in one of the most gender lopsided arenas in the world.

When Roberts took over as head of the NBA Players Association in July 2014, she inherited an office in turmoil: Her predecessor, Billy Hunter, had been ousted after a long, stormy tenure marked by, among other things, criticism that he had employed several of his family members at the NBPA. Roberts quickly established herself as the person to clean house and, with NBA commissioner Adam Silver, turned the contentious collective bargaining agreement, which had resulted in a lockout in 2011, into a relative breeze. A trial lawyer by way of being a public defender, she earns high praise from players for advocating for their value on and off the court as the league sets marketing and ratings records. 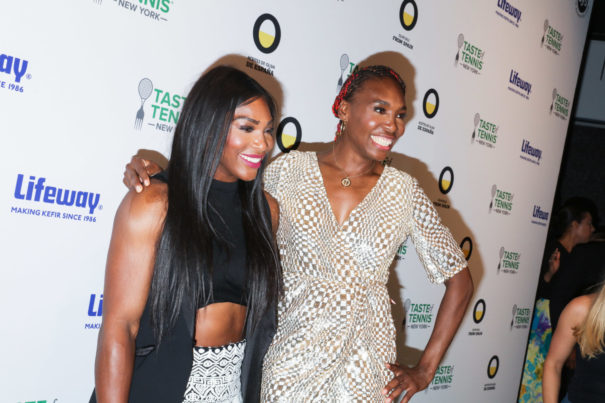 In the current incarnation of the Williams sisters, both are playing some of the most dynamic tennis of their lives while simultaneously expanding their political reach even further. Serena, who is waging a quest for more Grand Slam titles after maternity leave, has used her own experience to bring attention to maternal health and the folly of Women’s Tennis Association rankings that punish women who take a break from the tour to give birth. Meanwhile, Venus is defying ageist stereotypes, clobbering opponents on the court who credit the Williams sisters with their rises. They didn’t only create a new pack of athletes, they’re continuing to compete against them. And both are endorsement superstars, backed by brands throughout their careers including Nike, Gatorade, Chase, Pepsi, Beats and Delta, among others, while Venus has pioneered her own fashion line, EleVen.

3
Rachael Denhollander And the Women of the Larry Nassar Case - Gymnasts, Lawyers, Advocates 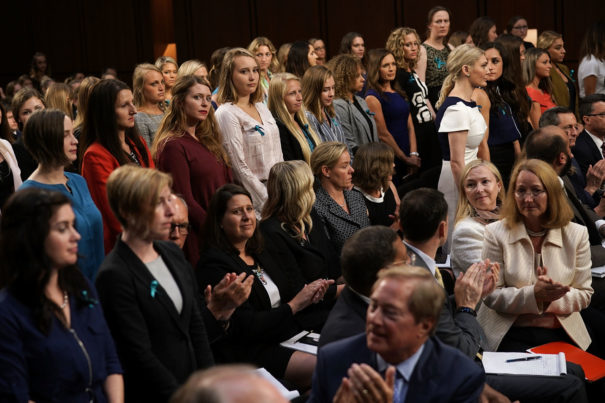 Denhollander was the first woman to publicly accuse Nassar of sexual abuse in 2016, a move that has since been followed by more than 500 girls and women, including Olympic gold medalists Simone Biles, Aly Raisman and McKayla Maroney, among too many others. And the fight hasn’t ended with Nassar going behind bars or the powerful impact statements delivered in January 2018; with several other survivors, Denhollander, a lawyer as well as a former gymnast, is on the creditors committee for the ongoing USA Gymnastics bankruptcy litigation. Women from the case are packing into Washington and myriad statehouses demanding improved protections for children and athletes. What’s more, the $500 million settlement Michigan State University agreed to regarding Nassar is the largest of its kind and has changed how institutions of all kinds are viewing sexual abuse as not just a moral calamity, but a potentially massive financial liability.

Although the market for women’s sports apparel has long been exploding for years, many of the executives marketing, designing and distributing it have remained male. Enter Seattle-based Oiselle (pronounced “wa-zell”), a female-founded and operated brand that only makes women’s apparel. Bergesen, a former competitive runner at the University of Oregon, is shaking up long standing behind-the-scenes relationships between female athletes and gorillas like Nike, USA Track & Field and beyond. Among Oiselle’s strategies has been to not only poach elite runners as brand ambassadors (such as Olympian Kara Goucher, who had previously been a Nike athlete for more than a decade), but also appeal to high-profile female bloggers who are joining her team.

Though often sequestered in VIP lounges away from the eyes of fans, owners wield incredible force in how teams are run—and they are almost entirely male across sports. Johnson, a cofounder of BET and the first African American woman to attain a net worth of $1 billion, has spread her influence as an owner and a partner across the National Hockey League (the Washington Capitals), the WNBA (the Washington Mystics) and the NBA (the Washington Wizards). She is a vice chairman and partner of Monumental Sports & Entertainment, a firm that has tentacles in several other sports enterprises including networks and arenas.

In many ways, sports coverage today is a politics beat. Few understand this as well as Hill. Rising through newspapers, ESPN and today as a staff writer at The Atlantic, Hill leans into, rather than away, from the issues on and off the field that most sports journalists dare not touch. When Twitter exploded after she called Donald Trump a “white supremacist,” rather than backing down, even after a two-week suspension from ESPN, she explained she thought she was “saying water is wet” in calling out Trump’s racism. Similarly, her Spotify podcast, Unbothered, weaves voices in and out of sports into the conversation, a welcome breath of fresh air from a space that is often known more for droll game recaps and meandering commentary. 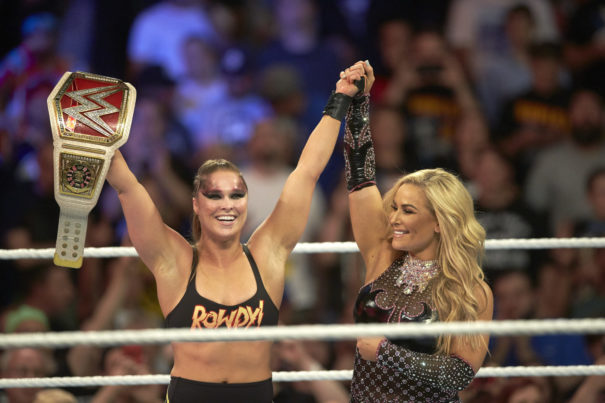 Ultimate Fighting Championship president Dana White famously expressed his skepticism that women’s mixed martial arts had a future until Rousey, an Olympic bronze medalist in judo, became the highest paid MMA fighter—male or female. Long before #MeToo, Rousey had criticized the culture of her judo training and the double standard of combat sports. After leaving the UFC, Rousey signed to World Wrestling Entertainment, and is also expanding her reach into acting. In October 2018, she headlined the first-ever WWE all-women’s pay-per-view event, once again obliterating dated assumptions about the marketing potential of female athletes.

When the Dallas Mavericks were reeling from a #MeToo scandal last year centered around a toxic work culture for women, embattled owner Mark Cuban turned to an unlikely character to completely rethink how the front office was running: Marshall, a retired former AT&T executive who had never worked in sports management. Marshall implemented a 100-day plan to close the gender pay gap, recruit new talent, promote unsung stars and implement the human resources structure the team had desperately lacked. Her swift cleaning job made longtime laggards of change look inexcusable and it wasn’t long before commissioner Silver sent a letter to all NBA execs pointing them to “the Marshall plan” for getting their own front offices in line.

Number one in the world in women’s singles, tennis star Osaka, at 21, is the first Asian woman to ever hold the perch. Competing for Japan as the child of a Haitian father and a Japanese mother, she is igniting interest in the sport across Asia, a huge market for the sport. After winning her first U.S. Open title in 2018 in a controversial match against Serena Williams, Osaka’s consistency the following season has only enforced the notion that she’s the new woman to beat and a dynamic new face for the sport. Her dry humor and candor have also made her a joy to watch on the tour off the court.

The current commissioner of the Big East conference, Ackerman, a former basketball star at the University of Virginia and founding president of the WNBA, is heading an NCAA conference at a crucial time for college sports. She had her work cut out for her when she took the Big East gig; a realignment had decimated the league and Ackerman had to reinvent it as one that was basketball-, rather than football-centric, a seemingly unthinkable proposition in college sports. What Ackerman had described as feeling like a startup when she arrived in 2013 is now a force in collegiate sports—and a template that others may look to as existential concerns about the health of football loom.

6 Natural Products for Business Leaders Looking to Beat Back Stress

All Eyes on Vegas: Why the Destination Will Be Home to Hilton’s Largest Multi-Brand Deal in History

Why Bitcoin Savings Products Are the Future of Crypto

How Savvy Investors Can Navigate the Current Inflationary Period