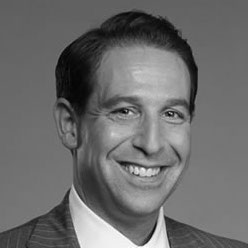 Michael Schwartz, CFP®, AEP® unique skill set has been recognized nationally as a premier advisor and innovator in his industry. Michael helps high net worth clients achieve their goals and objectives related to accumulation, protection, and distribution of wealth by applying a special blend of knowledge and skill. He began his career in finance 19 years ago and has met with thousands of clients since then. Michael is a Chief Executive Officer & Wealth Management Advisor with Magnus Financial Group based in New York, NY.

Michael earned his Bachelor of Science in Economics along with a minor in English while attending Fairfield University. While there he was a student athlete playing Baseball all four years competing at a Division I Level. His commitment to higher learning has allowed him to not only differentiate himself from his peers but significantly advance his competency, knowledge, and skill set. He holds the CERTIFIED FINANCIAL PLANNERTM professional certification, the ACCREDITED ESTATE PLANNERTM designation, his Life/Health Insurance licensing and previously maintained securities Series 6, 7, 63, 66 registrations. He is currently working toward a professional CFA designation as a Level I Candidate in the respected Chartered Financial Analyst Program.

Prior to founding Magnus Financial Group, Michael was a partner and wealth management advisor at Pioneer Financial which was affiliated with the Northwestern Mutual Wealth Management Company. While there he achieved various professional honors and was recognized for his consistent top-level performance. In 2017, Michael was named to the Top 400 Financial Adviser List by FINANCIAL TIMES. In 2016, Michael became the exclusive financial planner to the NFL Alumni Association and its growing members of current athletes, former players, coaches, and employees. In 2014, Michael was the youngest advisor in Northwestern Mutual’s 150+ year history to achieve the “Double-Million” Club where he originated over $1M in insurance premium and $1M in investment production in a single year. Michael repeated the “Double-Million” in both 2015 and 2016. Michael was constantly sought after to speak at company forums sharing his experience on building and sustaining a comprehensive financial security practice.

In 2014, Michael was recognized by America’s PremierExperts as a Wealth Management Advisor. As such, he was featured in the March issue of FORBES Magazine discussing the concept of “Systemic Saving” and its effect on financial security. His recent accomplishments have been displayed online by BLOOMBERG, BUSINESSWEEK, FORTUNE, MONEY, REUTERS, SEEKING ALPHA, THE WALL STREET JOURNAL’S—MARKET WATCH, THE STREET, YAHOO FINANCE, and WORTH. Michael’s constitution is exemplified by a recent personal milestone; competing in and completing a IRONMAN 70.3® event.