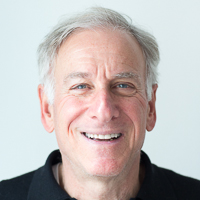 Jonathan Russo has been infatuated with wine for half a century. The highlight of his wine life was drinking Bordeaux’s great growths in 1970’s Paris…when they were twelve dollars a bottle! He and his wife Deborah have traveled the wine world in Europe and America and have written for Observer, Slow Food’s The Snail and Worth. Fourteen year ago, following his interest in ethical grape-growing and winemaking, he founded Organic Wine Journal, which is currently being revamped.