Despite enduring a pandemic that has disproportionately affected women and minorities, many women used last year to make real strides creating impact and accelerating progress toward building a more equitable society for the benefit of all. 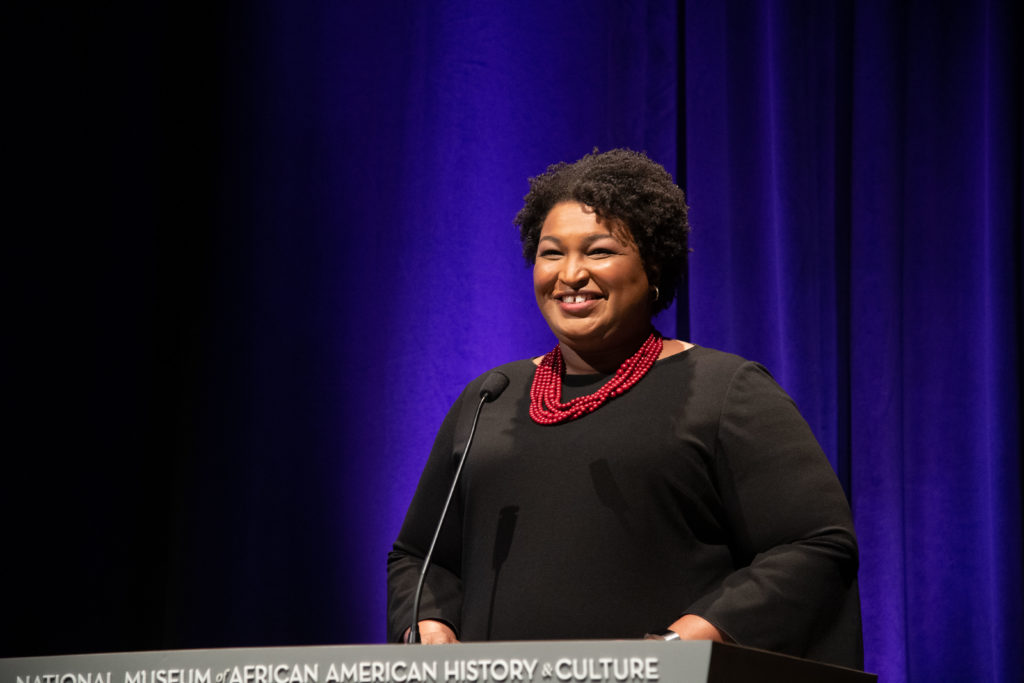 Abrams is a politician, bestselling author and activist who served in Georgia’s House of Representatives from 2007 to 2017. Abrams launched Fair Fight Action in 2018 after she ran for governor of Georgia and lost due to what many described as intentional voter suppression against the Black community. Since then, Abrams has dedicated her time to make sure there is fairness in voting. Her efforts boosting the voter turnout for Georgia in the 2020 U.S. election granted her a nomination for a Nobel Peace Prize. 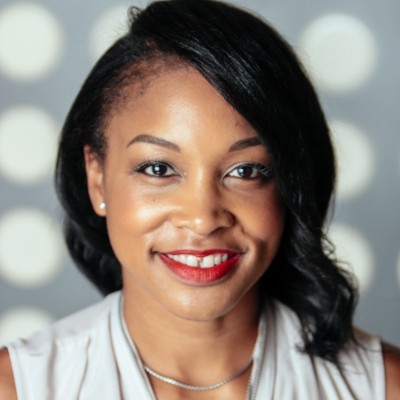 “A piece of advice that my father gave me when I was in high school, striving to become the first Black senior class president, has remained a permanent tenet throughout my professional journey. He said, ‘Just because there hasn’t ever been, doesn’t mean that there can’t ever be,’” Allen told Worth. “Fast forward to today, I’m proud to be the first Black female senior vice president at Moet Hennessy and honored to build on the brilliance of those who led the legacy of the Hennessy brand before me. To join the ranks of those named on the Groundbreaking Women list is a prestigious honor. This recognition affirms the hard-won progress in achieving firsts and reimagining leadership at the highest levels. I’m humbled to be in such respected company.” 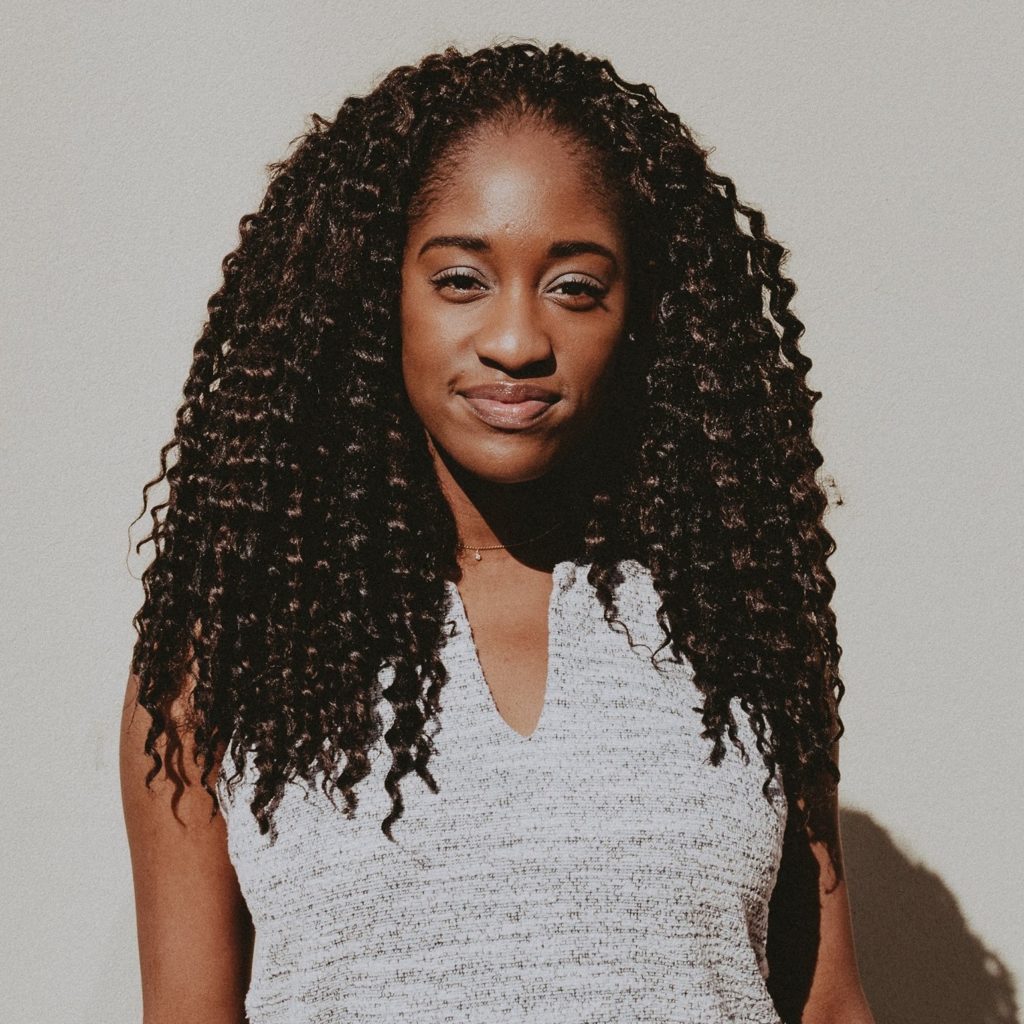 Austin is CEO and founder of Ethel’s Club, which is the first private social and wellness club supporting people of color. Ethel’s Club, which Austin founded in 2019, pays tribute to her grandmother Ethel Lucas. According to Ethel’s Club’s official website, “Ethel Lucas was a matriarch figure in a tight-knit Black community whose home offered warmth, laughter and care. Her belief in community as a practice lives on in her granddaughter.”

Ethel’s Club’s main focus is to “create healing spaces that center and celebrate people of color through conversation, wellness and creativity.” 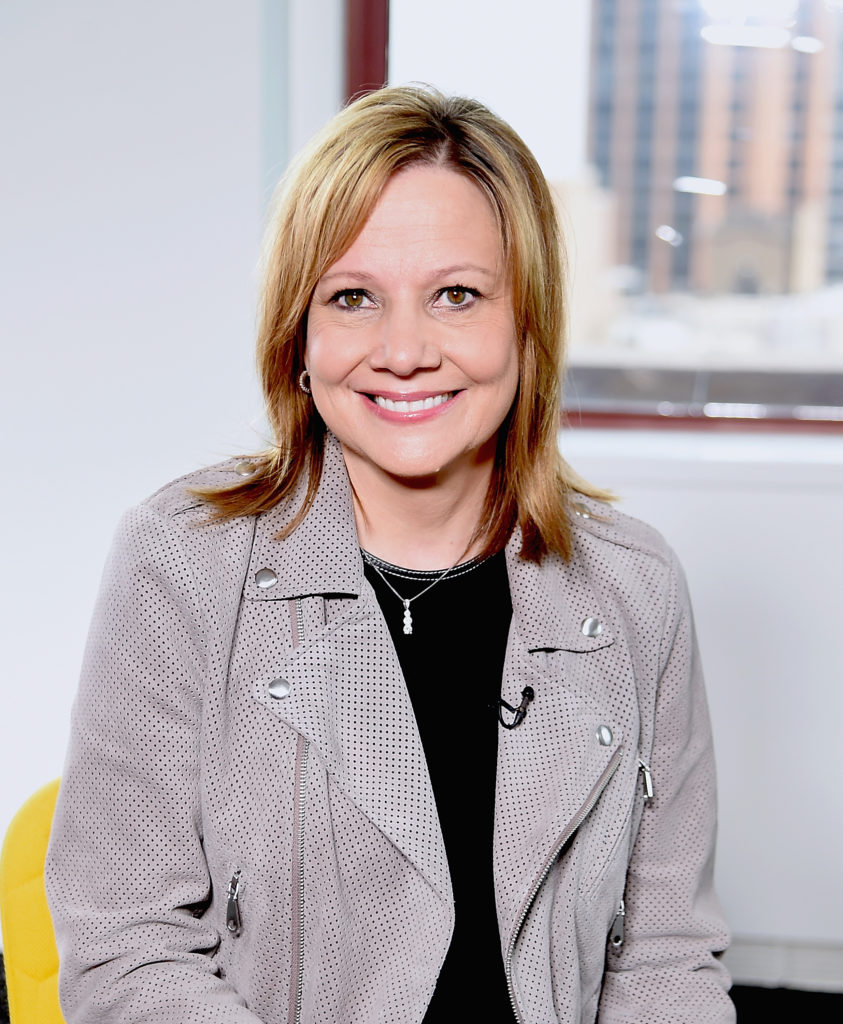 Back in 2014, Barra was appointed chairman and CEO of General Motors, making her the first-ever female CEO of the company. GM is one of the top companies in the country when it comes to gender equality. The company is reportedly one of two global companies that has no gender pay gap.

“Diversity is all about the pipeline. And it’s not just about gender, but about all forms of diversity,” Barra said in a press release.

Barra’s been making headlines in the last year for being an advocate for an all-electric vehicle future, recently announcing that GM will be introducing the Hummer as the first electric super truck. In November, Barra withdrew GM from a lawsuit supporting the Trump administration’s attempt to bar California from being able to determine its own emissions standards. This year, GM announced that it plans to be carbon neutral by 2040. 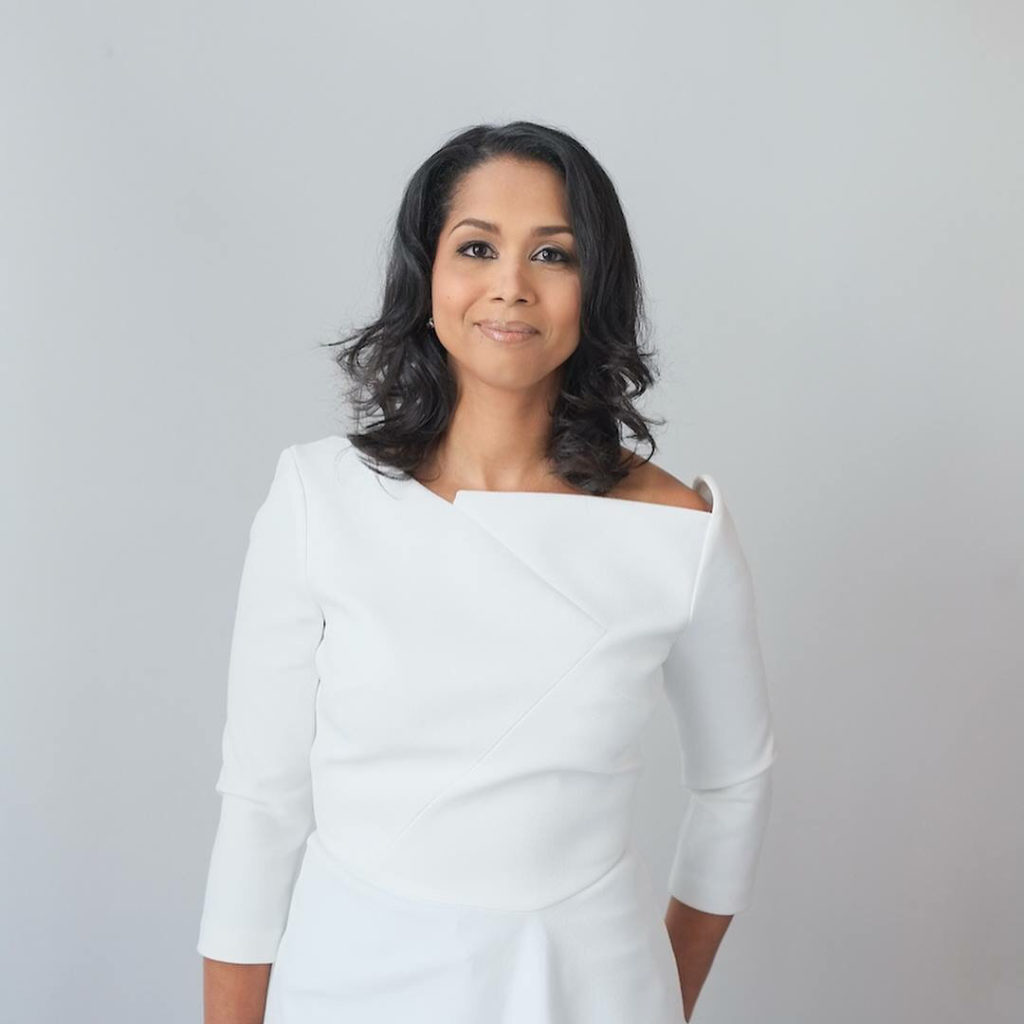 2020 has been a big year for Brackeen, who launched a first-of-its-kind $50 million venture fund for underrepresented founders in the Midwest from racial minorities to the LGBTQ and disabled communities. As the largest fund launched by a Black woman to date, her goal is to capture a market inefficiency to find returns in an overlooked part of the country, among overlooked demographics of founders. According to statistics, only 1 percent of U.S. venture-backed funds have Black founders and just 11 percent of funding goes to startups led by women.

“The venture capital market has failed BIPOC and, ultimately, itself,” Brackeen told Ozy in a 2020 interview. “We’re making it clear this is not a social impact fund…We’re capitalists at heart. We’re here to respect the money and get a market rate return. When people see our teams win, then you’ll see a model that works.” 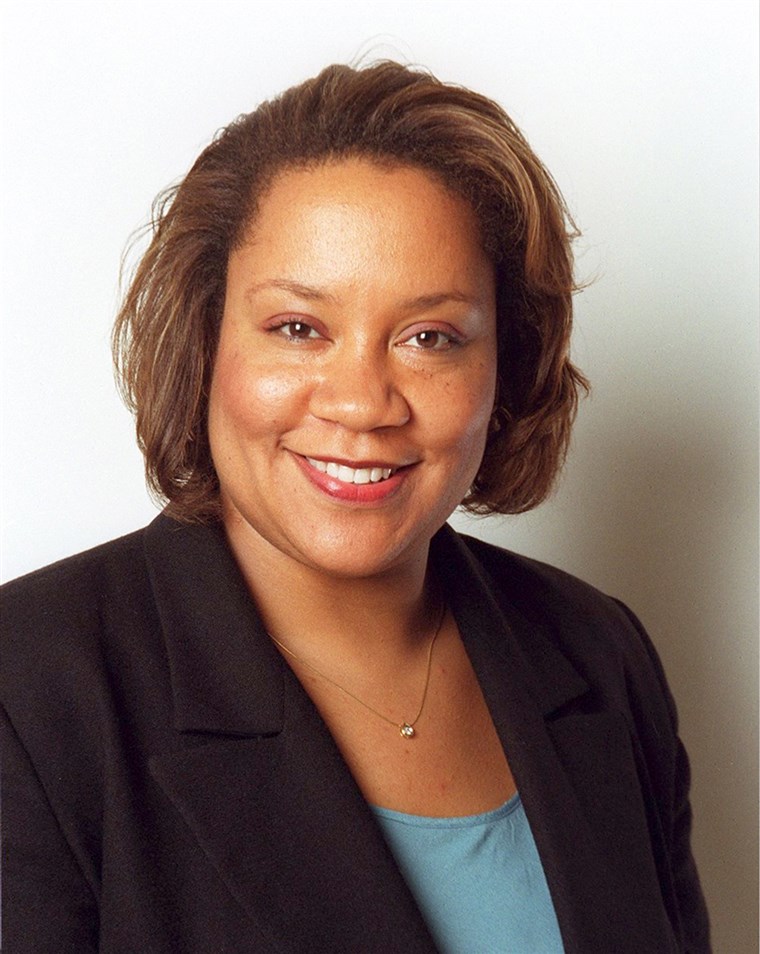 Since 2017, Dana Canedy has overseen the Pulitzer Prizes, notably pushing the prestigious awards to acknowledge an increasingly diverse body of work, and last year, she became the third woman and first Black person to take over Simon & Schuster’s namesake imprint as senior vice president and publisher. While she did not have any publishing house experience prior to taking on the role, her impressive 20-year career as a reporter and senior editor for The New York Times, covering business, politics, race and class, as well as her time at Pulitzer, should serve her well running Simon & Schuster’s largest and biggest revenue-generating imprint.

With a background in media, technology and entertainment and an entrepreneurial spirit, Carapinha launched WE Global Studios in 2020. The site serves as the first virtual innovation studio by and for women entrepreneurs. Through WE Global Studios, Carapinha is helping female founders and entrepreneurs develop and grow their startups, giving them the skills they need to help them launch and sustain successful businesses, while also allowing them to connect with other like-minded people.

“It’s been a privilege of a lifetime to build WE Global Studios, where women entrepreneurs are building their empires,” Carapinha told Worth. “This accomplishment has only been made possible through the collective passion of the extraordinary women on our team. We believe that it is the time for women around the world to disrupt and lead by harnessing the power of this new startup ecosystem. 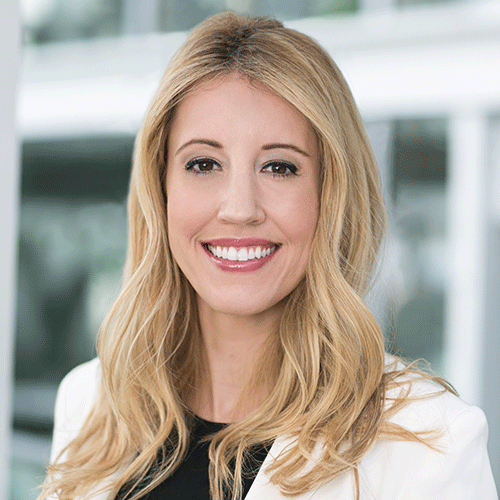 A graduate of Harvard Business School, Cheek started her at-home lab testing company Everlywell in 2015. In 2017, she went on the show Shark Tank to gain additional funding, which she achieved. The company had reportedly made $65 million in sales by 2019. In May 2020, Everlywell launched its FDA-approved at-home COVID testing kit, which claims to deliver results in 24-72 hours. Everlywell was the first digital health company to receive the FDA’s emergency use authorization during the pandemic, according to Inc.

“I am honored to be part of the 2021 Groundbreaking Women list; it’s an amazing group of women to be associated with,” Cheek told Worth. “I founded Everlywell to make lab testing more affordable and accessible for everyone, and I honestly wish this wasn’t groundbreaking. If 2020 has shown us anything, it’s that all Americans need access to testing. I am proud to work alongside the powerful women on this list to create a future of possibility, and specifically a better health care experience.” 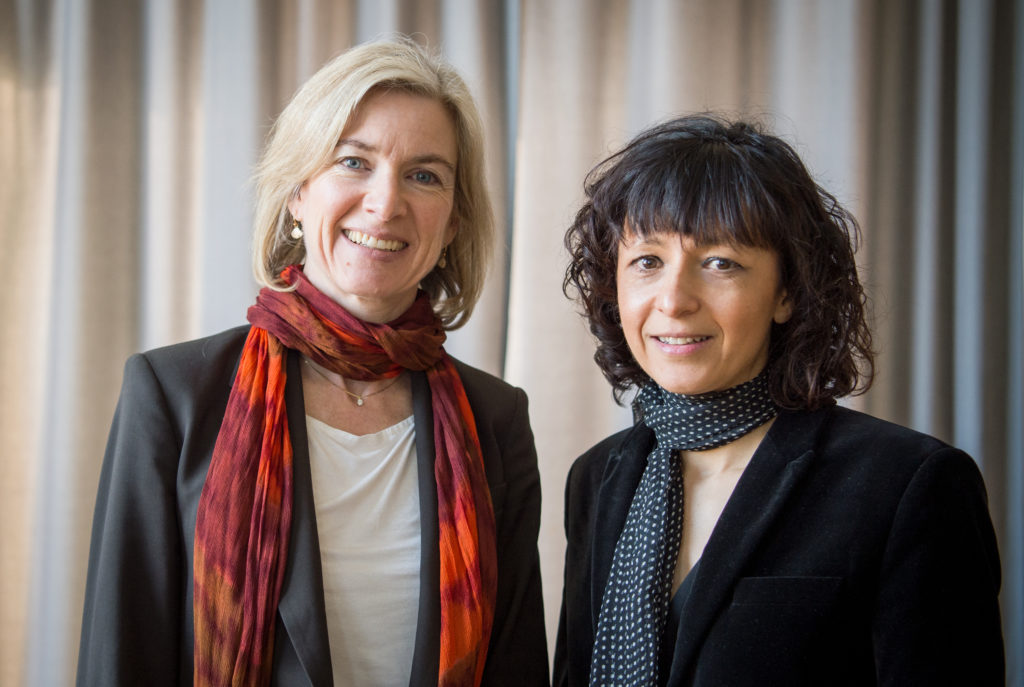 The Nobel Prize in chemistry began being awarded in 1901. In the century that has passed since then, only five women have won the award. As of 2020, Jennifer Doudna, a biochemist, and Emmanuelle Charpentier, a professor and researcher specializing in biology, microbiology, genetics and biochemistry, now bring that list of laureates up to seven, marking the first time two women have ever won this Nobel Prize. The two were honored for their development of the gene editing tool CRISPR, which acts like scissors clipping specified DNA molecules—a discovery that could potentially cure inherited diseases.

“I wish that this will provide a positive message specifically for young girls who would like to follow the path of science…and to show them that women in science can also have an impact with the research they are performing,” Charpentier told BBC. 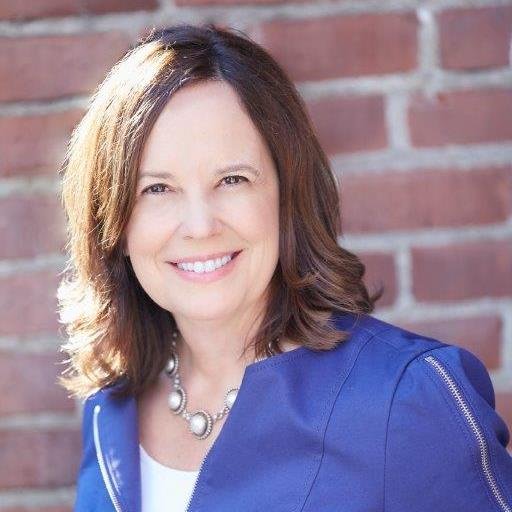 Through her active involvement in investment strategy and relationship management for client portfolios, Lisette Cooper helped establish Athena Capital Advisors as one of the leaders in the field of impact investing. Founded in 1993, Athena Capital Advisors was acquired by Franklin Templeton’s Fiduciary Trust International in early January 2020, marking the company’s first acquisition in 18 years.

Outside of her role within Fiduciary Trust International, Cooper also led one of last year’s most memorable shareholder initiatives, in which she took on Facebook. Cooper asked fellow Facebook shareholders if the steady increase in online child exploitation posed a risk to their investment in the social media titan. Cooper advised shareholders to back her proposal directing Facebook’s board to assess the risks of additional privacy tools, such as end-to-end encryption, which effectively bars law enforcement from reading private messages. While Facebook advised investors to reject the proposal, Cooper’s resolution was backed by an estimated 43 percent of non-management-owned shares.