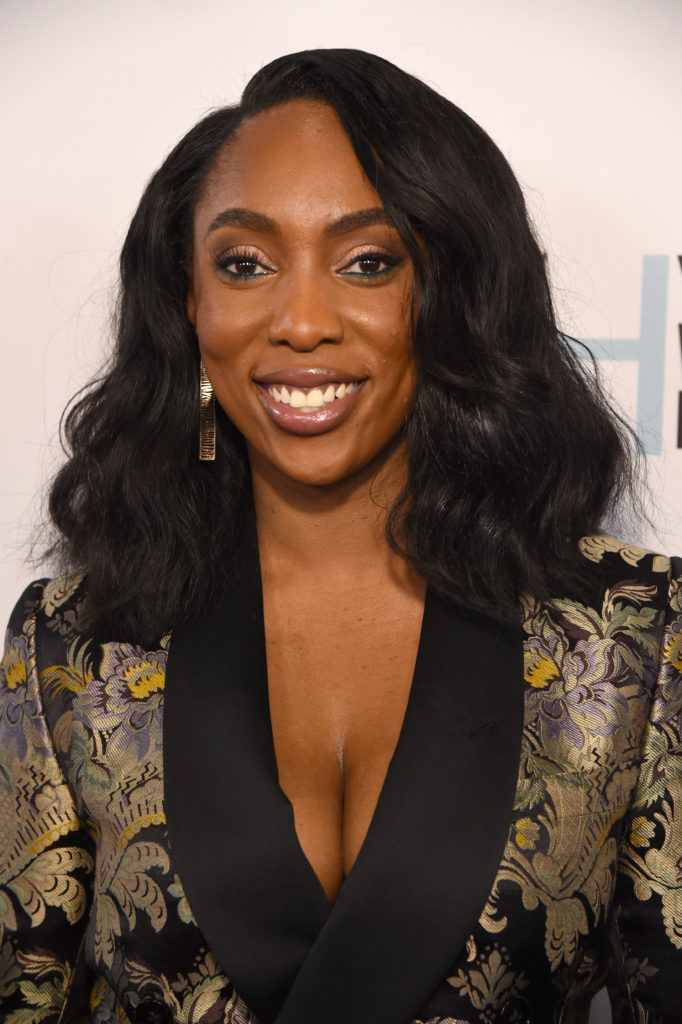 A pioneer in motion-based renewable energy, Nigerian American scientist and venture capitalist Jessica O. Matthews has been pursuing the goal of clean power since she was a teenager. At 19, she invented the Soccket, a soccer ball that doubles as a generator, providing off-grid power in developing countries. After visiting a Syrian refugee camp, she created Pulse, a power-generating jump rope for girls who weren’t allowed to play soccer.

A graduate of Harvard College and Harvard Business School, Matthews founded and runs the global company Uncharted Power, which builds, owns and operates renewable power infrastructure. Matthews raised $7 million in venture capital money in 2016 and is listed on 11 patents and patents pending in energy generation, transmission and storage. A rare woman of color in tech VC, Matthews serves as chairwoman of the board of Harlem Tech Fund, her company’s nonprofit arm, which is dedicated to fostering education and career support in STEM, innovation and entrepreneurship for Harlem residents. 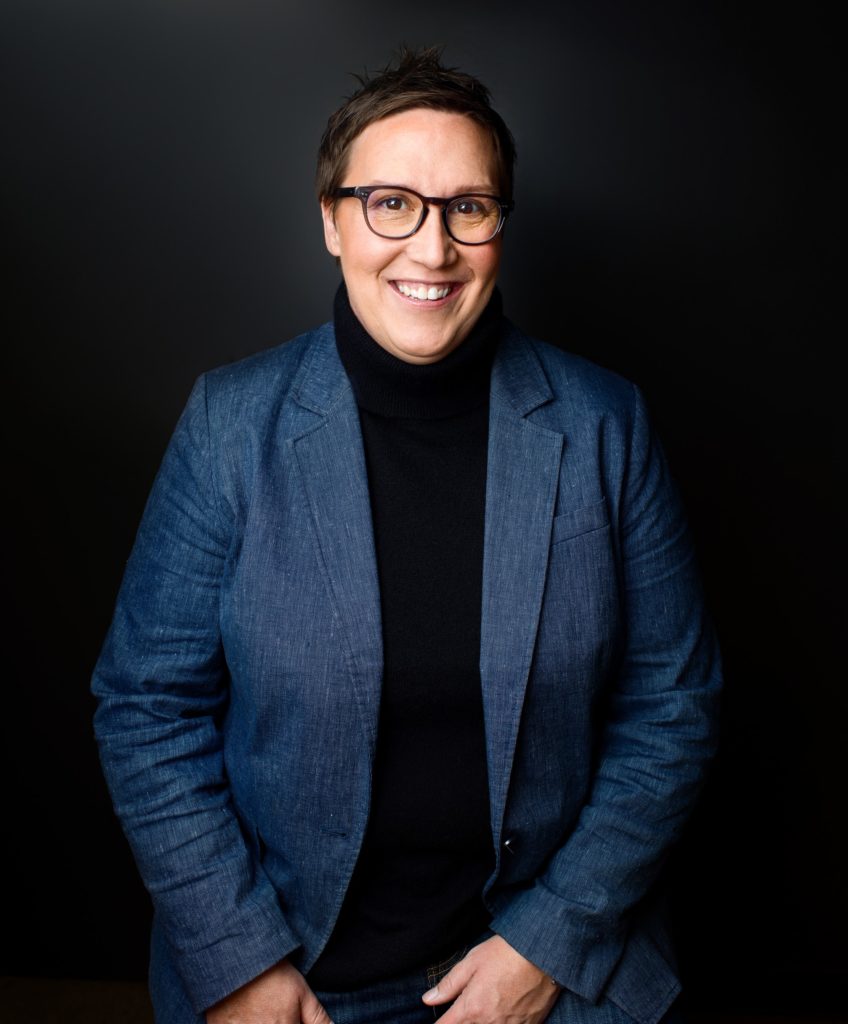 Nichole Mustard oversees the business development team at Credit Karma, a company she helped found on the premise that people shouldn’t have to pay for access to their credit and financial data. Last year she moved from California to London to help open a UK operation for the firm.

Credit Karma was launched in San Francisco in 2007—right as the financial crisis exploded. The economic turmoil was two-sided: Advertisers fled, but consumers were in greater need of the free credit scores and other financial services, like tax planning, that Credit Karma offered. The company earns revenue from banks and lenders, who pay fees when its users choose one of their products. It now has 1,000 employees and is valued at $4 billion. 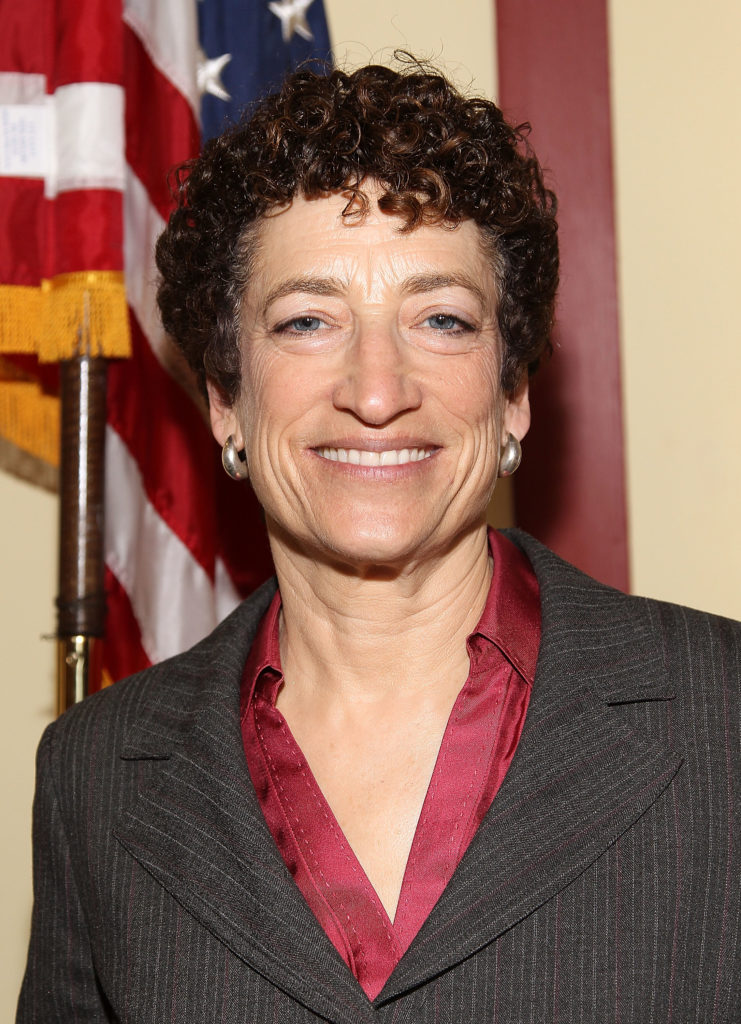 Naomi Oreskes became famous as the first academic to document that, contrary to some media reports and political talking points, there actually was no scientific “debate” on climate change, but overwhelming consensus. Oreskes, a professor of the history of science and of earth and planetary sciences at Harvard, recently testified before the House Oversight and Reform Committee and the Senate Climate Crisis Committee on big oil’s influence in framing the issue.

Oreskes became involved in the issue of climate change in 2004, when a study she conducted of scientific papers on the topic concluded that climate scientists universally agreed that global warming was real. Her study drew immediate attacks from climate change deniers, and that blowback led her to co-author the book Merchants of Doubt, which laid out the propaganda machine behind climate change denial.

Oreskes and co-author Erik Conway, a fellow historian of science, discovered that the same tactics used to cast doubt on scientific findings relating to subjects like acid rain, the ozone shield and tobacco smoke were being employed by oil companies to undermine the consensus on climate change. Oreskes has since become an outspoken activist on climate change.

Oreskes grew up in Manhattan, where her father was a science professor at Hunter College. She taught at Dartmouth College and the University of California at San Diego before joining Harvard in 2013. 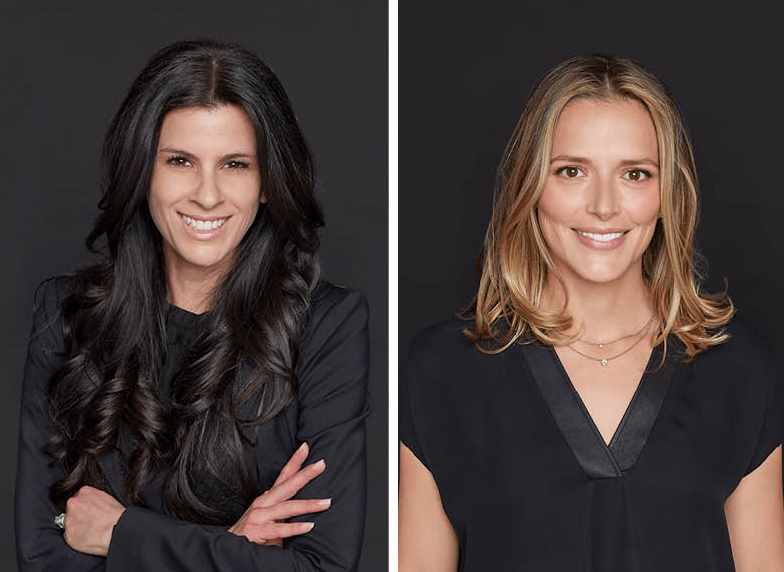 Corporate lawyer Jordan Gaspar was expecting her second child and investment banker Lauren Jupiter was planning a wedding when they hatched the idea for AccelFoods in late 2012. Both had begun to scrutinize the ingredients in the foods they were buying for their families—and they suspected they weren’t the only ones. Their investment thesis: Small companies in the natural, organic and so-called “better-for-you” food  and beverage space could use help scaling and breaking into traditional grocery stores and food delivery services like FreshDirect. Gaspar and Jupiter worked on a business plan through 2013, and in January 2014 they officially launched AccelFoods with $4 million from early investors. Six years since that initial launch, AccelFoods is a $105 million fund with 36 firms in its portfolio, among them coconut water company Harmless Harvest; Siete Foods, which sells allergen-free Mexican products; and Wandering Bear Coffee. A VC fund led by two women is rare, and despite the influx of competitors in recent years, AccelFoods remains one of the food world’s most important funds. 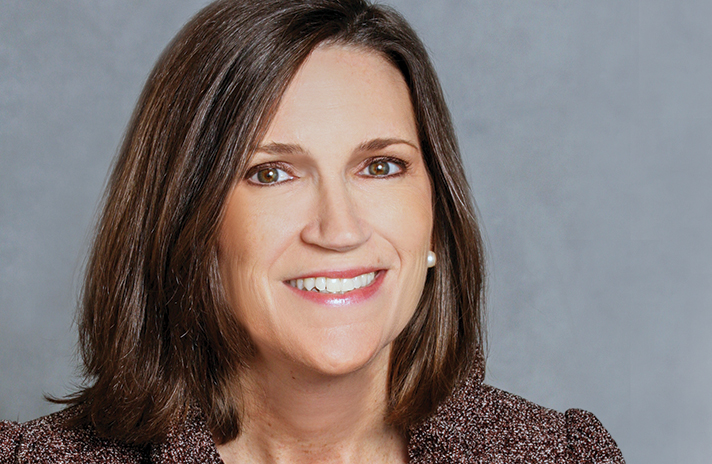 Add Jennifer Piepszak to the shortlist of potential successors to JPMorgan CEO Jamie Dimon; her April 2019 ascension to the position of CFO at the bank confirmed that she’s on track for higher things. Prior to the new appointment, she was the CEO of the bank’s card services business, a role in which she secured the exclusive rights to issue the Amazon Prime credit card. Perhaps it’s no surprise, then, that Piepszak is well known at the bank for her email tag, “#GSD,” i.e., “getting shit done.”

A 25-year veteran of JPMorgan, the 49-year-old Piepszak joined the bank shortly after graduating from Connecticut’s Fairfield University in in 1992. She has risen methodically through the ranks; in addition to holding a variety of roles in the corporate and investment bank, Piepszak was CFO of JPMorgan’s mortgage unit and also ran its business banking operation.

Piepszak succeeds Marianne Lake, who was promoted to run the bank’s consumer banking businesses—and who is another contender for the CEO spot. 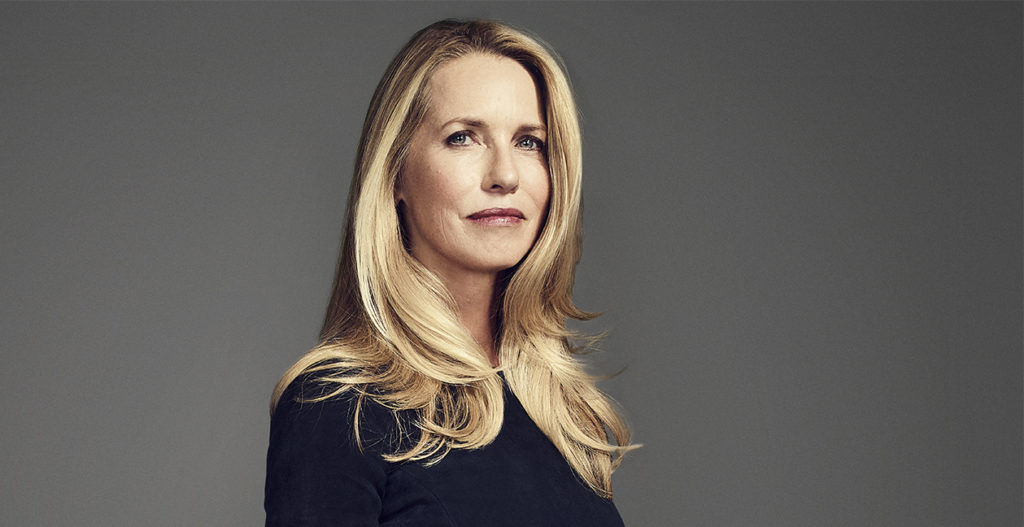 It’s hard to keep track of Laurene Powell Jobs. One day she’s in San Francisco, being interviewed by Kara Swisher at the Lesbians Who Tech & Allies conference. Or she’s having dinner in Los Angeles with Ben Affleck, with whom she collaborates in an effort to promote economic development in Eastern Congo. Or she’s delivering the keynote address at the Committee to Protect Journalists’ annual dinner in New York, delivering a blistering assault on President Trump and other threats to a thriving media.

Those who know her say that Powell Jobs, 56, has always had a remarkable energy level. But it’s hard not to notice how different her life is from the two decades she spent with her late husband, Apple founder Steve Jobs, and to wonder if Powell Jobs isn’t acting with a hard-earned awareness of life’s brevity. She married Jobs in 1991, spent two decades as his soulmate and anchor, and then found herself, after his death in October 2011, as the recipient of an estimated $20 billion in Apple and Disney stock.

In the nine years since, she has vastly expanded the work and scope of her umbrella organization, Emerson Collective, which helps fund organizations and people working in areas such as education, climate change and immigration. She has become one of the most powerful players in American media, purchasing icons such as Atlantic Media, publisher of The Atlantic, and newer publications such as California Sunday Magazine, while investing in any number of left-leaning news organizations. She spent a reported $500 million to buy into Monumental Sports & Media, owner of the NBA’s Washington Wizards and WNBA’s Washington Mystics, as well as their Capital One Arena.

America has seen wealthy heiresses before (think the Walton family), but none quite like Laurene Powell Jobs; she is, literally, without precedent. And she’s really only just starting. 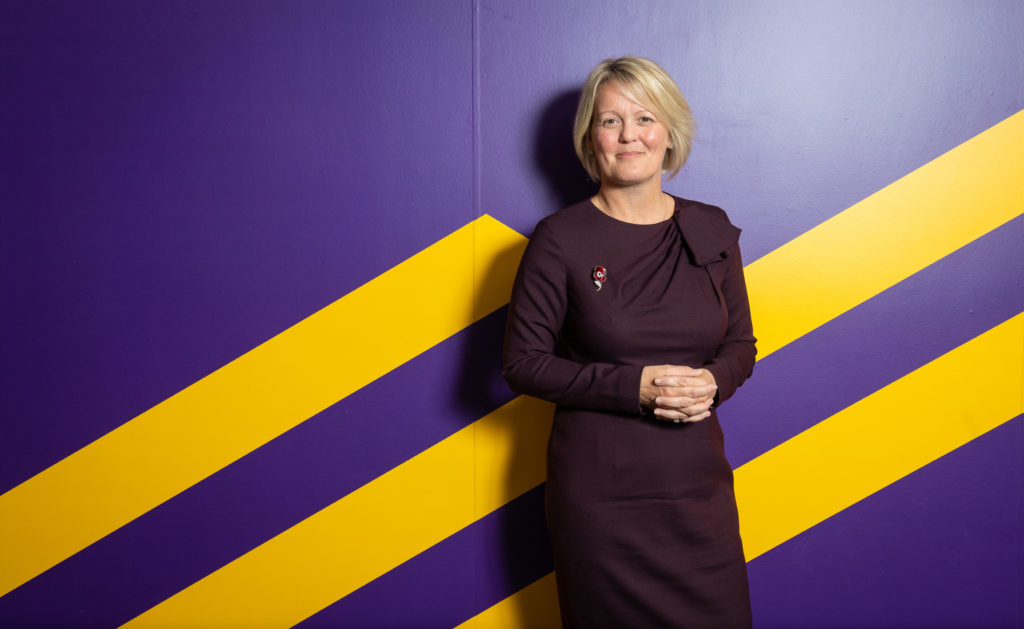 When Alison Rose became the CEO of Royal Bank of Scotland in November, she wasted no time in shaking up the institution: In early December, the CEO and the CFO of NatWest Markets, RBS’ troubled investment banking arm, resigned their positions.

The first woman to run one of the UK’s four High Street banks, Rose is expected to unveil her strategy to revitalize RBS early in 2020, when annual results are announced. Losses at NatWest tipped its parent into the red during the third quarter of 2019.

Rose, who comes from a military family, grew up all over the world before studying history at Durham University in the UK. She started her career in 1992 as a graduate trainee at National Westminster Bank and has held many positions at RBS, including head of commercial and private banking. Along the way, she has been a fierce advocate for women in banking. In 2014, she was appointed a member of RBS’ executive committee and a year later announced a plan to bring more women into seats of power. She later helped lead a UK Treasury review on barriers for women in business. 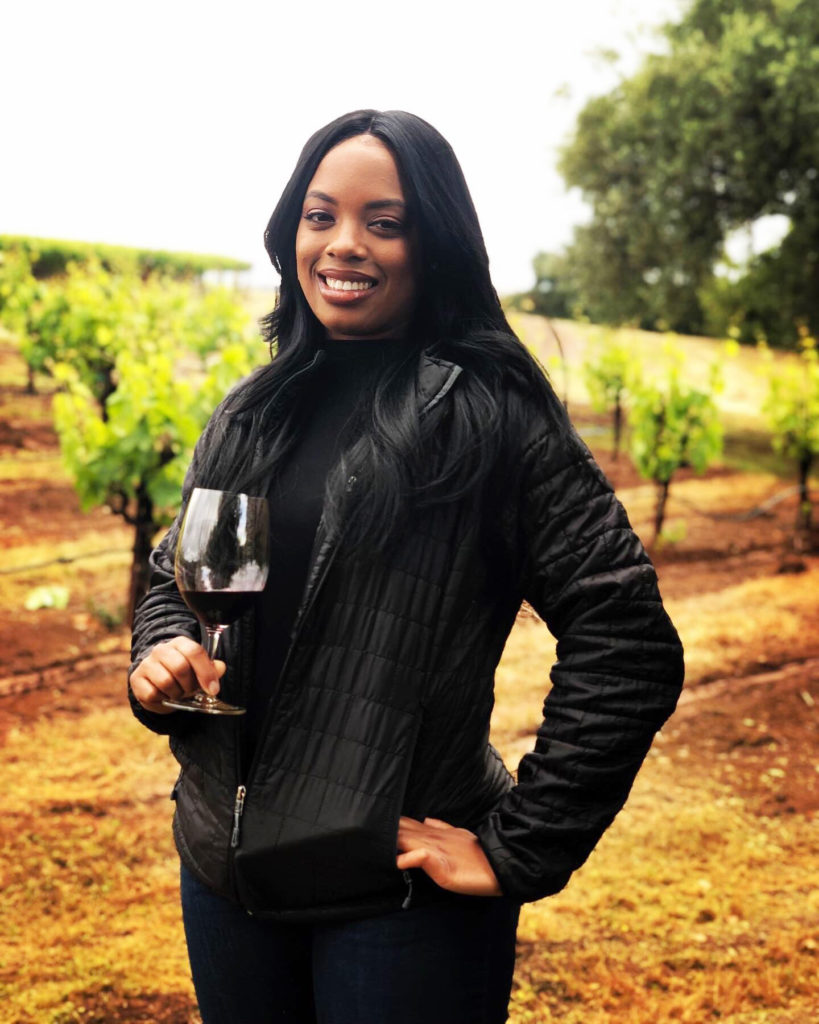 At 29, Brenae Royal is the youngest-ever vineyard manager for E+J Gallo’s Monte Rosso, one of Sonoma County’s most important vineyards. She’s the rare woman, and even rarer African American, to rise to such heights in the white male-dominated winemaking world.

Royal is used to being exceptional. Growing up in the farming world of California’s Central Valley, she was the only person of color in her high school band and in the local Future Farmers of America. Always a gardener, she majored in plant science at Chico State, where she focused on corn, not grapes.

That emphasis changed when she landed an internship at Monte Rosso when she was 24. The next year, she was put in charge of the vineyards that produce zinfandel, sémillon and cabernet sauvignon. 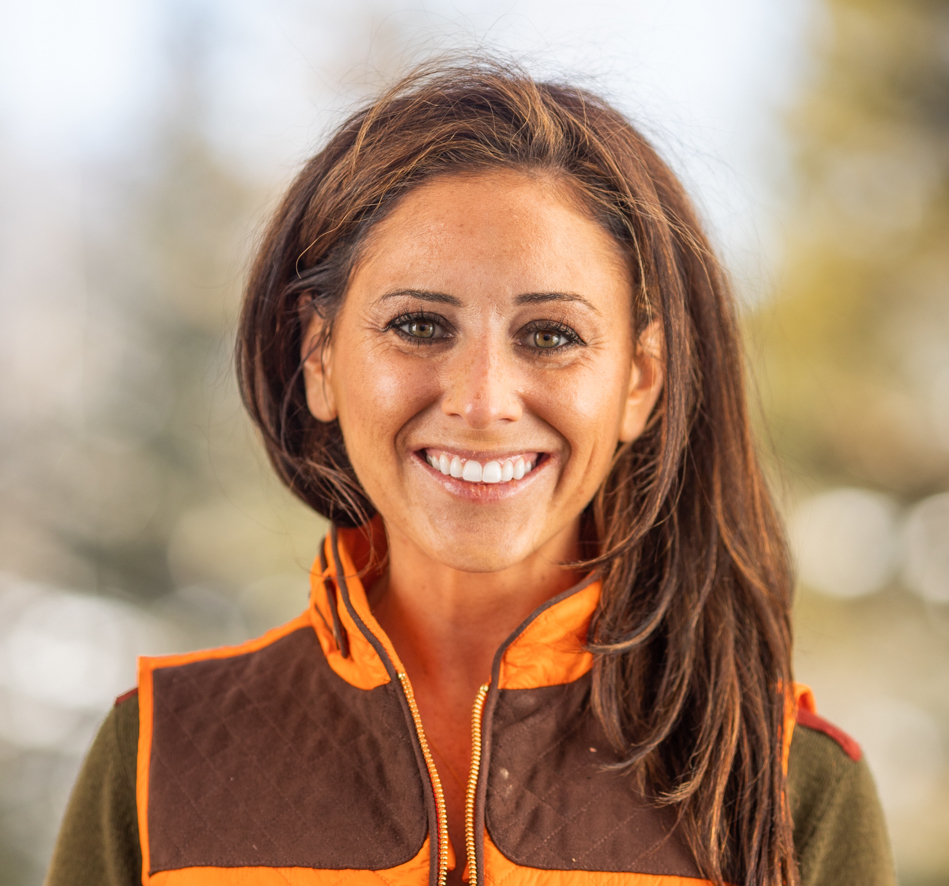 Gabrielle “Ellie” Rubenstein is following in the footsteps of her famous father, Carlyle Group founder David Rubenstein—but with a specific niche.

Rubenstein, who cofounded Manna Tree Partners in 2018, calls her company “an asset management firm committed to providing consumers with a more transparent food supply chain from production to plate.” Manna Tree’s focus: founder- or family-led companies with annual revenues of $10 million to $50 million.

A self-described outdoorswoman, Rubenstein has long had an interest in nutrition. After graduating from Harvard in 2010, she studied agriculture economics and agribusiness management in a joint program at Purdue and Indiana. Later, she worked at the Rubenstein family office, Declaration Capital, on food investments.

With a 10 percent stake from her father, Rubenstein and cofounders Ross Iverson and Brent Drever launched Manna Tree, which is based in Vail, Colo. Its first investment was Vital Farms, a purveyor of pasture-raised eggs and butter. The firm has since put money into a company called MycoTechnology, which describes itself as a “mushroom fermentation platform,” and Nutriati, which develops and commercializes plant-based ingredients. 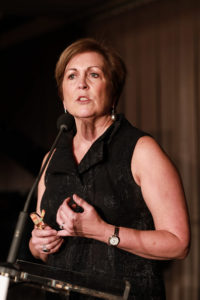 Deborah Rutter, president of the John F. Kennedy Center for the Performing Arts, has just completed an ambitious $250 million expansion of the esteemed cultural hub. In addition to adding new classrooms, studios and a café, Rutter is also making programming and staff appointments intended to enliven and diversify the center. Among her hires: Gianandrea Noseda as music director for the National Symphony Orchestra and Q-Tip, of the group A Tribe Called Quest, as the center’s first artistic director of hip-hop culture. The first woman to lead the center, Rutter, who was appointed in 2015 after heading the Chicago Symphony Orchestra, says she’s committed to making the space accessible and drawing in new audiences. “There’s value to being inspired and knocked out by the grandeur,” she told the New York Times. “But there’s also something really important about feeling welcome, that this is really for you.”

Why Diversifying Your Portfolio Might Be Hurting Your Retirement Plans

How Startups Can Navigate the Ins and Outs of Business Expenses

Why Cognitive Dissonance is Key to Effective Philanthropy

It Will Probably Take a Recession to Tame Inflation