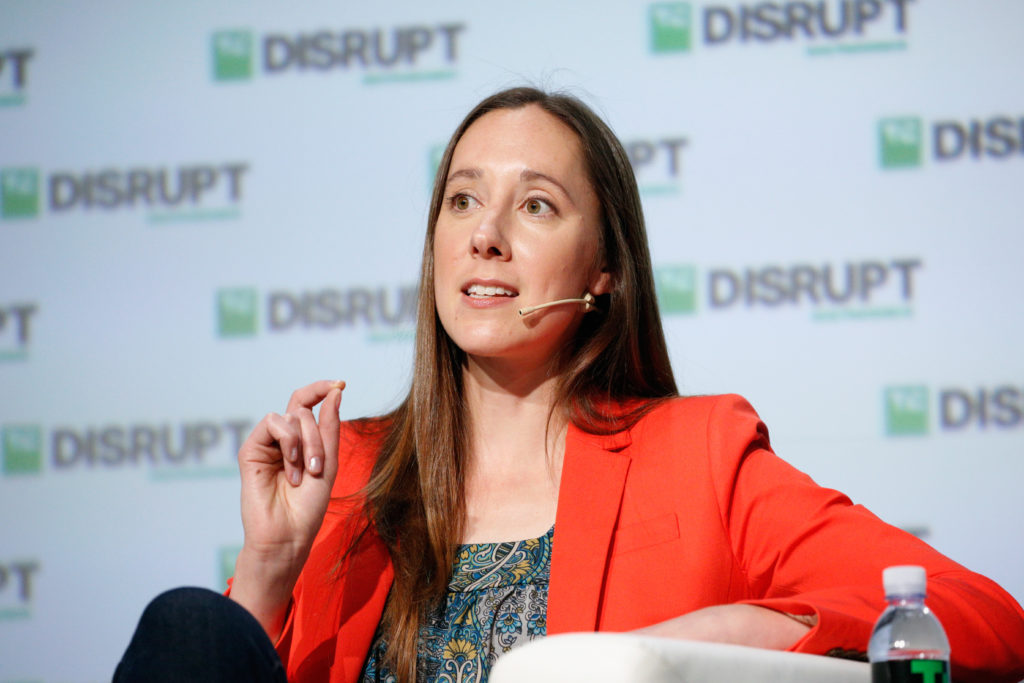 Biotech entrepreneur Rachel Haurwitz is at the forefront of advances in gene editing. As the CEO and cofounder of Caribou Biosciences, Haurwitz oversees work on a host of promising medical innovations, such as T cell therapies, other gene-edited cell therapies, and engineered gut microbes. Using the CRISPR (clustered regularly interspaced short palindromic repeats) technology she learned while earning her PhD at University of California Berkeley with CRISPR pioneer Jennifer Doudna (who cofounded Caribou), Haurwitz holds several patents and patent applications covering multiple CRISPR-based technologies. In addition to Caribou’s work on medical applications of CRISPR, the company is also working on antimicrobial resistance, food scarcity and vaccine shortages, with the slogan “engineering any genome, at any site, in any way.” 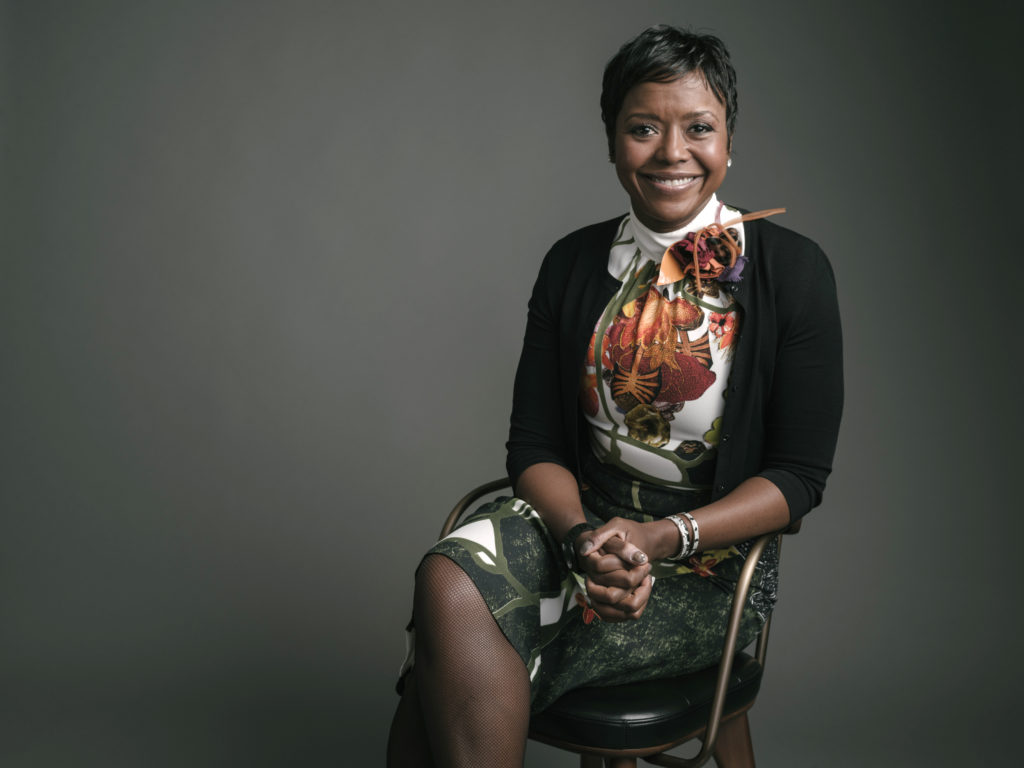 The youngest of six children, Mellody Hobson was raised in Chicago by a single mother who struggled to keep the family afloat financially. Hobson credits that experience with her drive to succeed—and her efforts to promote financial literacy for others now in similar situations.

In July 2019, Hobson’s dedication paid off when she was named co-CEO of Ariel Investments, which, with $12.8 billion in assets under management, is the largest African American-owned investment firm. Founder and co-CEO John Rogers also announced that he was selling Hobson enough of his shares in the firm to make her the business’ largest shareholder.

It was a long climb to the top. Hobson joined Ariel as a summer intern in 1989, when she was a Princeton University undergraduate, and rose to become president in 2000, two decades before being appointed co-CEO. In the process, Hobson has become one of the country’s most visible African American business leaders, as well as one of its most visible female business leaders. In 2014, she gave a TED talk titled “Color Blind or Color Brave?” in which she urged Americans to engage in more open, even uncomfortable conversations about race, calling such exchanges a path to better businesses and a better society. The next year, Time named her one of the 100 Most Influential People in the World.

Hobson, who is married to director George Lucas, is also a board member of Starbucks, JPMorgan Chase and Quibi, a short-form video content company founded by Jeffrey Katzenberg. 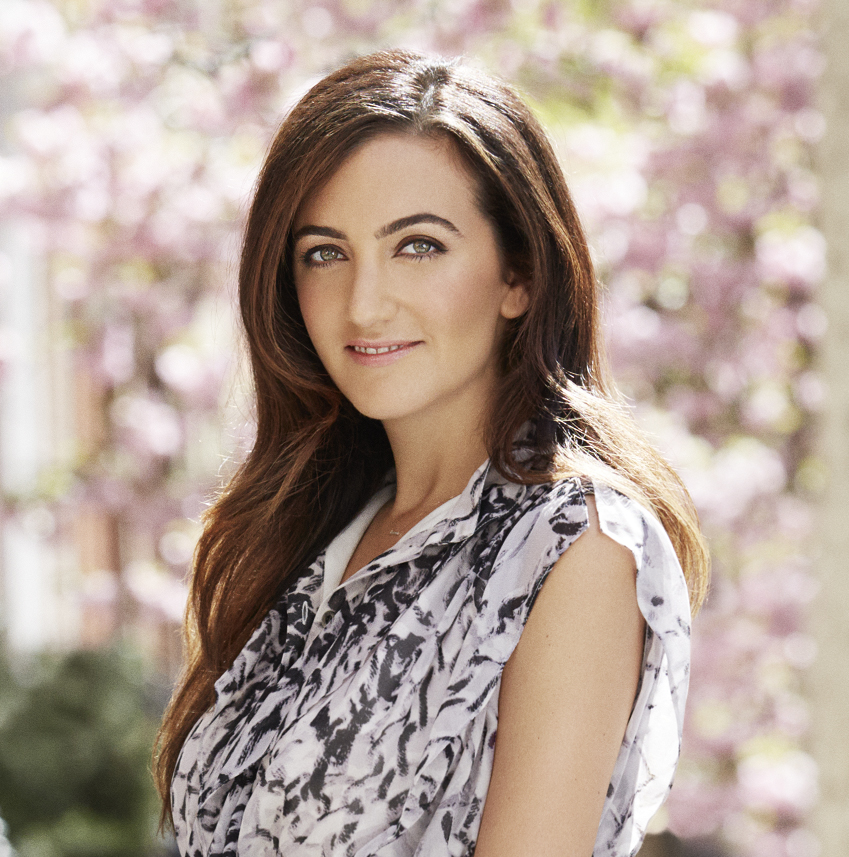 A decade since founding Rent the Runway, Jennifer Hyman presides over a company valued at $1 billion. One of the few female-founded, female-led companies ever to reach this milestone, Rent the Runway has 11 million customers and employs more than 1,800 people, 93 percent of whom are female and/or non-white. Rent the Runway’s CEO, COO, CRO and CFO are all women. Hyman’s innovation—allowing women to pay a monthly fee for access to high-end fashion pieces—has spurred imitators, but she continues to evolve the offerings, including a recent expansion to include athleisure and ski wear. For the holidays, Rent the Runway created a mother-daughter fashion partnership with two other female-founded brands, DVF and Rockets of Awesome, and included a social media campaign spotlighting strong female leaders with their daughters. Hyman serves on the board of directors of the Estée Lauder Companies and cofounded the Rent the Runway Foundation to help other female entrepreneurs build scalable, high-growth companies. 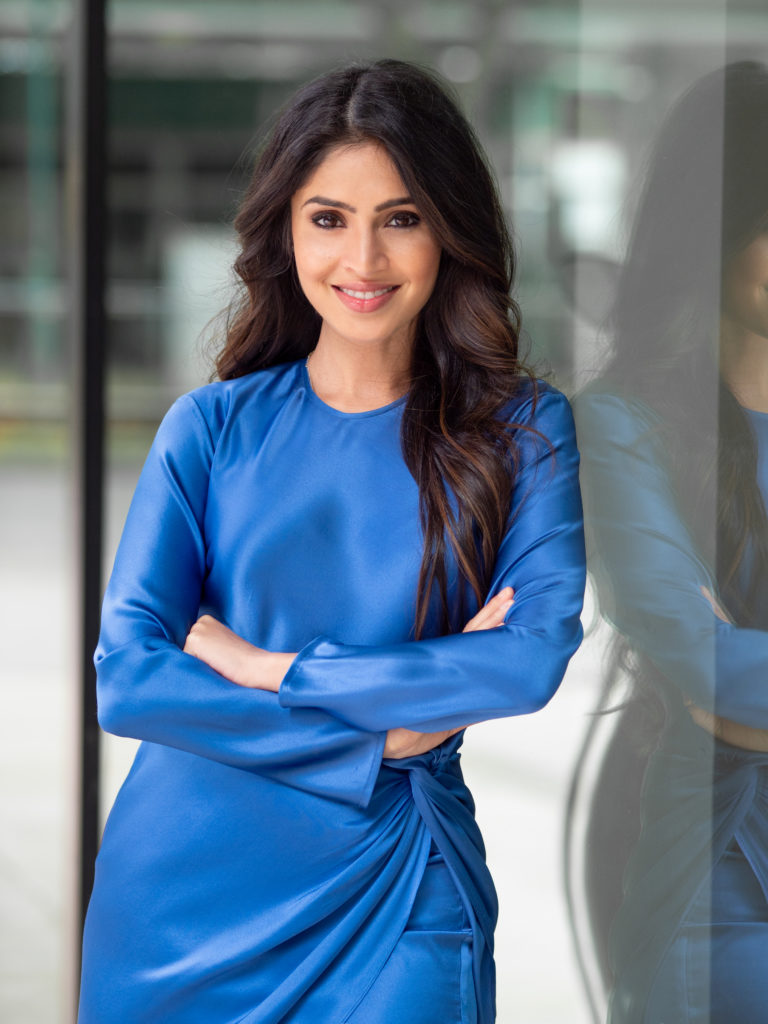 Payal Kadakia came to the startup world in an unorthodox way—through her passion for dance. In 2013, the young businesswoman founded ClassPass, a fitness startup that bills itself as an alternative to the confines of gym membership. For a fluctuating fee, members buy credits that allow them to visit a variety of workout studios and gyms rather than pay for a membership at each. ClassPass also sells corporate plans through which employees receive ClassPass as a health benefit. Today ClassPass, which is headquartered in New York, has locations in 23 countries around the world. The company is reportedly seeking to raise $285 million in new financing, which could push its valuation to the billion-dollar level.

Kadakia, a first-generation Indian American, had been dancing since the age of 3, when she started learning Indian classical and folk dance styles. After receiving a degree from MIT in operations research and economics, she became an executive, working at Bain & Co., and then Warner Music Group’s digital strategy and business development group. Throughout her business career, Kadakia, now 36, continued to take dance classes. But her frustration in finding a ballet class in New York City that she could take after work gave her the inspiration for ClassPass.

In 2017, Kadakia stepped away from the CEO role, swapping titles with executive chairman Fritz Lanman. She is now also the artistic director of the Sa Dance Company, a modern Indian dance troupe she founded. 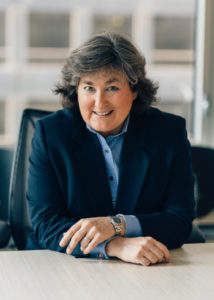 One of the most vocal advocates of sustainable investing on Wall Street, Erika Karp knew from a young age that she wanted to work in finance. When she was 5, she decided that her dream job was to be a stockbroker. After graduating Wharton with a BS in economics, Karp worked for IBM, earned an MBA at Columbia and eventually landed at Credit Suisse, where she was the first openly gay woman on a Wall Street trading floor. After a stint at UBS as managing director and head of global sector research, she left in 2013 to found New York-based investment firm Cornerstone Capital. At Cornerstone, Karp works with individuals, families and foundations to shift their investments to match their values. Until recently, the firm worked primarily with ultra high net worth individuals, but in December Cornerstone launched a new Access Impact Fund, which has a required minimum investment of just $1,000. 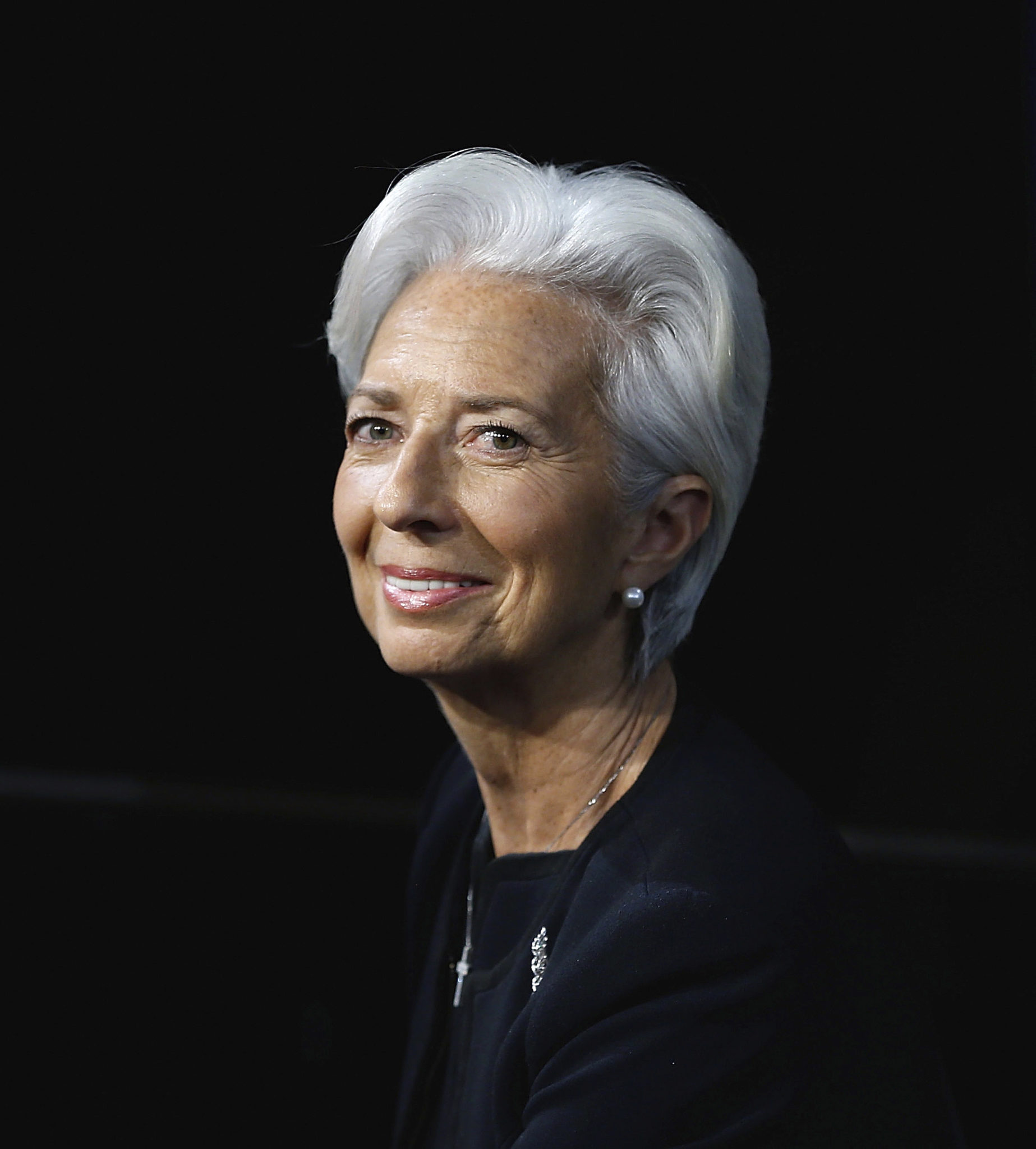 When Christine Lagarde became the first female president of the European Central Bank in November, replacing the hugely influential Mario Draghi, the 64-year-old Parisian confirmed her status as one of the most powerful women in the world. But Lagarde already had a string of “female firsts” to her name.

The daughter of two academics, Lagarde grew up and was educated in Le Havre and Paris, France. In October 1999, she became the first woman to chair a major international law firm, Chicago-based Baker & McKenzie. She served as France’s trade minister from 2005 to 2007, then finance minister—the first female finance minister of any G8 country—from 2007 to 2011. She was then tapped to run the International Monetary Fund when her predecessor, Dominique Strauss-Kahn, was alleged to have sexually assaulted a maid in a New York hotel; the job was another first for a woman. During Lagarde’s tenure, the IMF helped steer Europe through the global financial crisis, approved a $56 billion bailout to Argentina and took progressive positions on economic inequality, global tax reform and climate change, issues she’s already indicated she’ll push the ECB to address. In another sign of how she’s embracing her new job, Lagarde has declared that she’s learning to speak German, the language of Europe’s biggest economy. 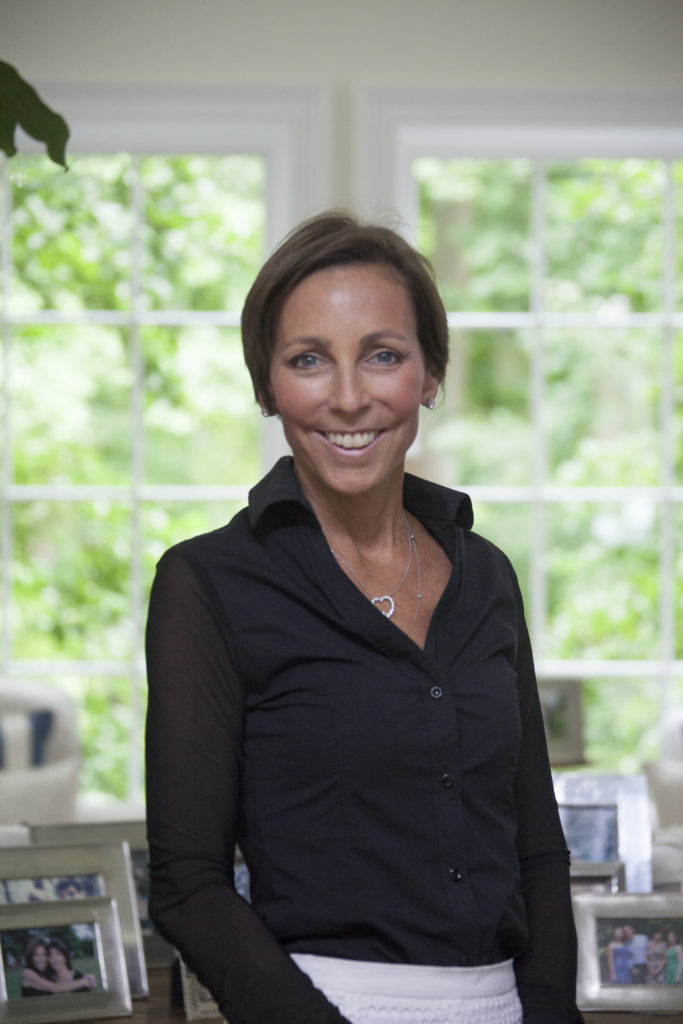 With her concierge health primary care network, Lisa Larkin is committed to disrupting the medical establishment’s longstanding neglect of middle-aged women. Her company, Ms. Medicine, is building female-focused medical centers nationwide. “We’re advancing gender-specific, comprehensive, data-driven, evidence-based care, especially for midlife women, where the need is huge,” says Larkin, an internal medicine and women’s health specialist who trained at Yale Medical School and the University of Chicago and ran the University of Cincinnati Women’s Health Center. Since launching Ms. Medicine in 2018 in Cincinnati, Larkin has opened a northern Virginia office and expects to add sites in Michigan, Florida and Ohio in 2020. A breast cancer survivor, Larkin has also designed MyBreastRiskIQ, a digital health startup whose mission is to educate and inform women about their breast cancer risk and prevention strategies. 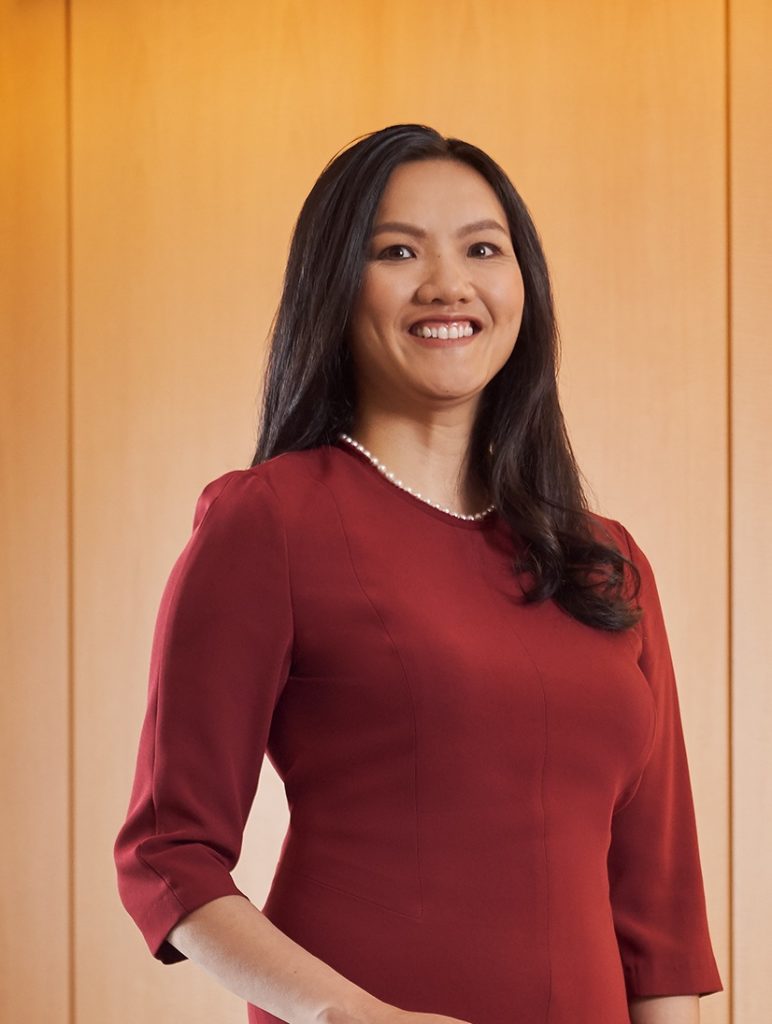 Alvina Lo is one of very few Asian American women who’ve made it to the post of chief wealth strategist. She ascended to that role at Wilmington Trust, one of the nation’s premier private banks, in 2018, and now manages a national team of strategists, financial planners and thought leaders who advise wealthy individuals and families, business owners and entrepreneurs, foundations and endowments.

Before joining Wilmington Trust, Lo served as the director and senior wealth planner for Citi Private Bank. Previously, she was a director at Credit Suisse and also practiced law at Milbank Tweed Hadley & McCloy, focusing on trusts and estates. Lo has written extensively on estate planning matters and is often quoted on such issues in outlets such as Bloomberg, Barron’s and CNBC.

Erin Loos Cutraro Founder and CEO, She Should Run 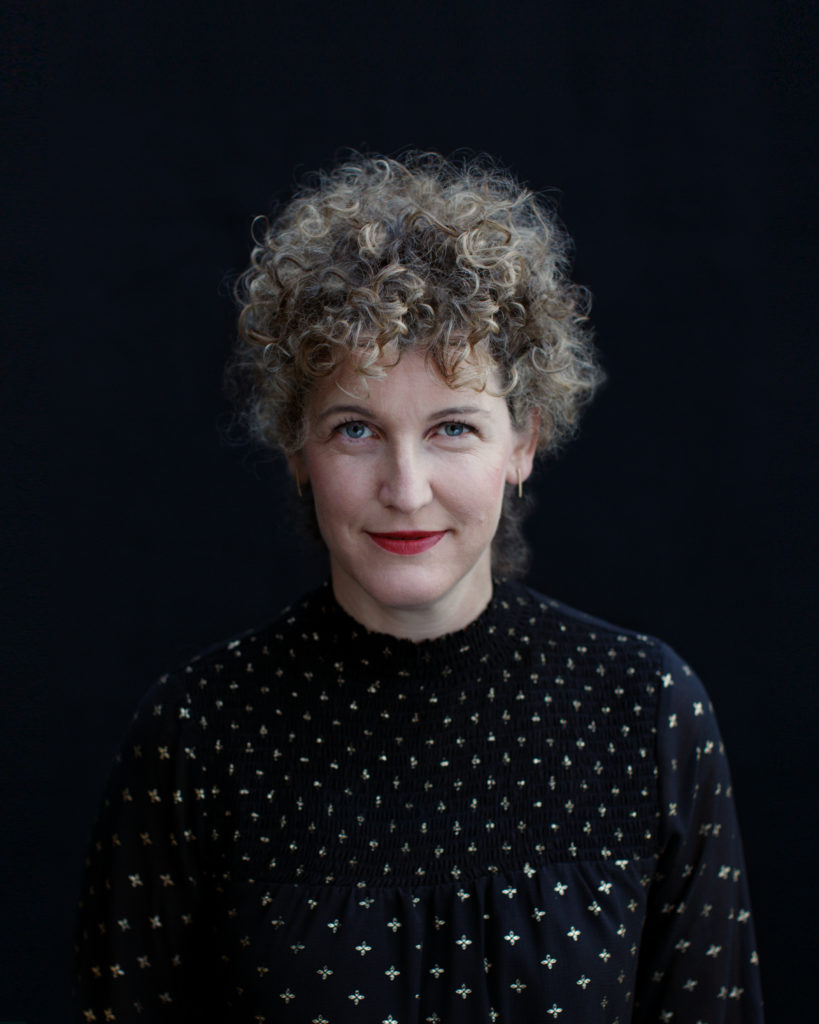 “When women run for office, they win at the same rates as men, yet women are not encouraged and recruited at the same rate as men,” says Erin Loos Cutraro, founder and CEO of She Should Run. Cutraro launched the organization in 2011 with a goal of creating a robust pipeline of female candidates for all levels of political office. To date, She Should Run says it has inspired more than 26,000 women to run for office, and Cutraro aims to make that number 250,000 by 2030. Committed to being nonpartisan, She Should Run has more than 100,000 social media followers. Its online incubator program counts 18,000 members in all 50 states, Puerto Rico and the U.S. Virgin Islands, and covers topics like cultivating leadership and communication skills, building networks and fundraising. In 2020, Cutraro and She Should Run will be traveling across the country hosting Road to Run, a series of live networking and educational meetings to spur women’s leadership. 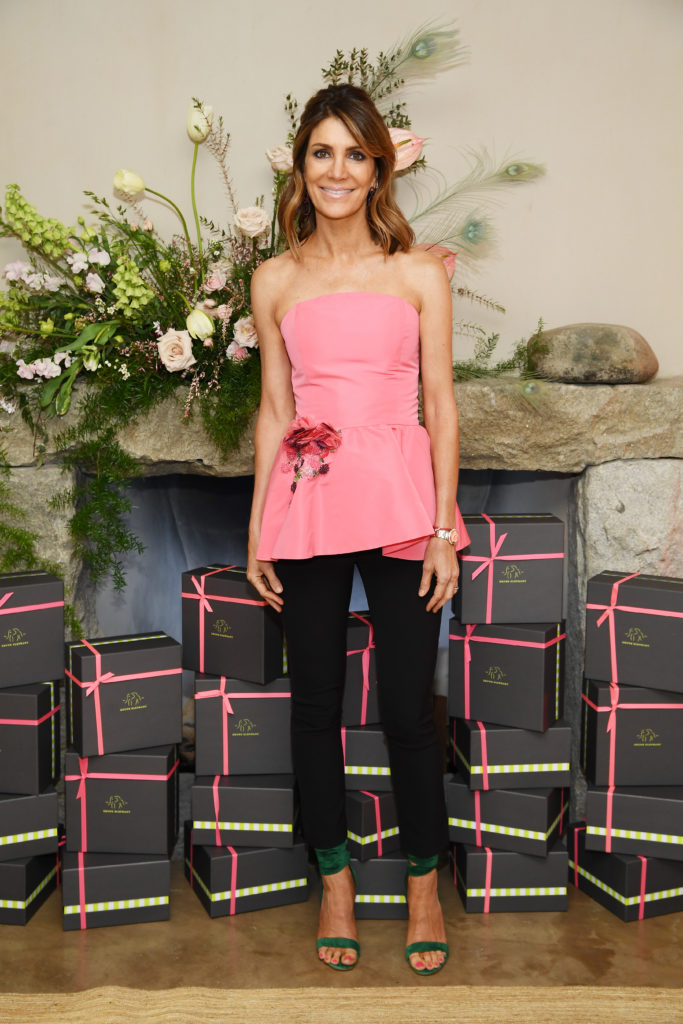 In the mid-1900s, when fields like finance, law and medicine were still off-limits to women, one of the few areas in which female entrepreneurs could succeed was the beauty industry. Estée Lauder’s eponymous company, which she started with her husband, Joseph, in 1946, now has more than 25 brands under its umbrella, operates in more than 150 countries and realizes $14 billion in sales annually. That success is due in part to Estée Lauder’s snapping up upstart beauty companies for eye-popping sums—a strategy that rivals have embraced as well. L’Oréal bought Jamie Kern Lima’s IT Cosmetics for $1.2 billion in 2016; Coty shelled out $600 million last year for a 51 percent stake in 22-year-old Kylie Jenner’s cosmetics firm; Emily Weiss’ millennial-friendly skincare and cosmetics company Glossier has a $1 billion valuation and is likely planning to sell or go public in the coming years.

But even in an acquisition-heavy year, the sale of Houston-based Tiffany Masterson’s skincare brand Drunk Elephant to Japanese conglomerate Shiseido for $845 million made waves. Masterson, who was a stay-at-home mother of four, started her firm in 2012. In the years following, she built it into a cult-favorite brand and managed to land it on the shelves at Sephora, a hugely influential chain whose approval (or lack thereof) can make or break a small beauty enterprise.

Seven years later, Drunk Elephant has sales of more than $100 million annually, and it still only sells online and though Sephora. And Masterson, who will reportedly make some $120 million from the sale, is another success story for young people hoping that there’s real money—and power—in beauty.