How Nashville is Transforming Itself Into a Global CityBy Jennifer Justus

At a recent fundraiser for restaurant workers struggling with addiction at the Nashville restaurant City House, Kamal , a chef with Jamaican roots, handed out plates of roast; a soul singer backed by a horn section belted out tunes; and Trevor Moran, an Irish chef who came to Nashville from Copenhagen’s Noma—often called the best restaurant in the world—stood behind a rickety table making Japanese , piles of matcha-dusted shaved ice hiding surprising hunks of greens or kiwi.

Tourists might have been disappointed to find none of the trappings of classic Nashville in this scene. No country music. No hot chicken or barbecue. But this party represents some of the best of what makes the city both fresh and soulful. It’s a curious, playful, casual kind of backyard hang.

Since about 2012, Nashville has been hitting the “it” lists everywhere from the New York Times to magazines across the country. Growth and tourism have been through the roof, leading to downtown shenanigans with crowds of revelers packing neon-lit honky-tonks, along with other growing pains. But this all-American party, Tennessee also had the highest rate of growth for international visitors in the United States—up 11 percent—with Nashville experiencing percent growth in international visitors in 2018, according to the Nashville Convention & Visitors Corp (CVC). British Airways launched direct flight service between London and Nashville five days a week in May 2018 at 95 percent occupancy and expanded service to seven days within a yearthe fastest expansion on record for the airline. Nashville might have gone country a long time ago, but it’s gone global now.

A variety of factors draw international visitors to Nashville, and those who study such trends, like , executive vice president and CMO at Nashville CVC, chalk it up partly to authenticity, friendliness and the Southern hospitality that Nashville does particularly well. plays a part, too. But one of the first people off the plane from London on the inaugural direct flight said he came to town to eat. According to reporting by the Tennessean, he flew in for the Catbird Seat, a tiny 22-seat tasting-menu restaurant.

While 100 restaurants opened last year, continuing a trend of recent years, the Catbird Seat, which opened in 2011, probably has done more to put Nashville on the map in a global and progressive way than any other restaurant in the city. It’s a food incubator where chefs spend about two years expressing their vision before handing the reins to someone new. Reservations get snapped up quickly, and yet it’s still a place where you can wear jeans.

When chef Trevor Moran came to Nashville in 2014 and started work at the Catbird Seat soon after, he says, he didn’t know a thing about the city. After his stint at the restaurant ended, many in town expected him to pack up his knives and head out. But five years later, he’s still here with plans to open a spot serving his and Japanese-style dumplings.

Related Where to Stay, Play and Invest in Nashville

And even though the dust has settled and the romantic sheen of this place has worn off, he still finds it exciting to be in Nashville. “Nashville’s personality is definitely one I’m here,” he says. “It’s youthful and exciting and feels like it’s at the start of something always.”

Who doesn’t love to go to New York to eat Chinese food or to the West Coast to eat sushi or whatnot? We want that here in Nashville too.

He wore a T-shirt and shorts while looking over plans for his new spot with Max Goldberg of Strategic Hospitality, the group behind his new venture the Catbird Seat and several other restaurants in town. But Moran’s casual look shouldn’t be mistaken for a lax attitude. He’s driven by a desire to make food that’s fun but also right for the time and and meticulously executed.

“Who doesn’t love to go to New York to eat Chinese food or to the West Coast to eat sushi or whatnot? We want that here in Nashville too. We don’t want to have to always go somewhere to try the best of something,” he says. “I’m take dumplings and shaved ice and make them as good as anywhere in the world if I can. And I’m excited to see Liz [Johnson] and Will [Aghajanian] [the latest Catbird chefs] come into town and do the same thing—take this much more avant-garde but still fun experience to the people here.”

Johnson and Aghajanian started service as the Catbird Seat chefs in February. Johnson a best new chef by Food & Wine, and Aghajanian has cooked at Thomas Keller’s Per Se in New York, overseas. They met while working at Noma in Copenhagen. But they didn’t know much about Nashville when they arrived. “I have to import everything,” Aghajanian recalls thinking at first.

But that’s not the case. A key part of the city’s appeal for creative chefs today is that you don’t have to go far to be in the country or on a which have increased in numbers over the past several years, often with fresh young faces tending the fields. “Maybe the biggest change I’ve seen from a food perspective in the last six years is what’s available,” Moran says.

Strides in the technology and communication behind shipping and logistics also have allowed products to arrive here more quickly. “You can make a phone call at 4:59 and by 10 in the morning have the most fresh fish,” Moran says. He also appreciates Nashville’s openness and energy. “ given freedom to experiment and stumble and not get eviscerated,” he says. “I can’t imagine being given this opportunity in many other cities. That for me is the real draw.”

Related Where to Stay, Play and Relax in Houston

Maneet Chauhan, a Food Network star with an Indian background, says she came to Nashville for the opportunity. She first visited in 2012 with hardly any knowledge of the city and planned from New York if she opened a restaurant. But she lives in Nashville now and has opened four restaurants: Chauhan Ale & Masala House, the Mockingbird, and .

There’s something about the city that makes people feel like they’ve come home.

“I did not the boom to be this massive, but I this was a city that grow,” she says, noting she recently heard from a friend in Mumbai planning a first trip to the United States with plans to swing through Music City. “Five years back they probably wouldn’t even think of Nashville.” 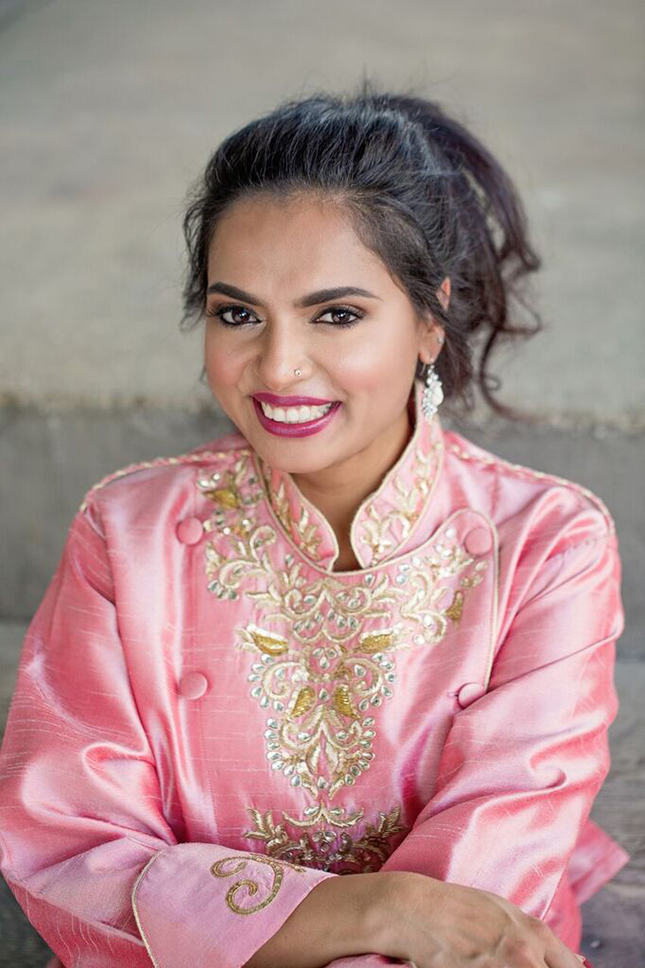 She also has an aunt and uncle planning to move here after a visit. “There’s something about the city that makes people feel like they’ve come home,” she says.

At the Country Music Hall of Fame and Museum in Nashville, Brad Henton, director of tourism and admission sales, says he’s seen more than a 19 percent increase in the last year in international visitors. The British Airways flight has helped. But Henton says the museum is also seeing increased visitation from other parts of the globe: Australia is the museum’s third-largest international market just behind Canada and the United Kingdom, and ahead of Germany, France and Ireland.

“The Country Music Hall of Fame and Museum offers the opportunity to step inside the history of this art form,” he says, noting that private guided experiences are available in French and Spanish, and an audio tour is available in French, German, Spanish and Japanese.

With growth comes challenges. As Goldberg and Moran looked over restaurant plans, mayor David Briley announced a $500 million initiative to bring affordable housing to Nashville, something Strategic Hospitality’s Goldberg hopes will help with his staffing needs.

“I can tell you right now we have to hire 250 people for our new project [a downtown hotel and sports club not including Moran’s project]. Staffing be a challenge that’s true for everyone all around,” he says. “There’s so much growth right now that if we don’t have the infrastructure from the city’s perspective we’re gonna get lost in the shuffle.”

We wouldn’t have Trevor Moran here without progress.

uproar ensued recently when residents learned that 21 cherry trees in a downtown park would down to build a stage for the NFL Draft, a first-time event for the city. Petitions circulated and social media lit up with complaints until the mayor announced a decision to remove and replant the trees (a compromise that still irks many). As writer Betsy Phillips noted, it was about more than just trees: “The problem is that the cherry trees are emblematic of a lot of what is making Nashville unhappy,” she wrote on Twitter. “Over and over, we’re supposed to give up things we can enjoy for free so we can have the ‘economic impact’ of whatever the destruction of the free things.”

It’s a cautious dance of appreciating and preserving what made the city special in the first place while adding to it thoughtfully. “We just have to be careful no one loses sight of those special things,” Moran says. “I think there’s enough people who care to not let that happen.”