This is Why Washington, D.C. Won the Amazon HQ2 CompetitionBy Benjamin Reeves

Amazon held a national competition to determine the home of its HQ2. In the end, only the Washington, D.C. metro area made the cut. Here’s why.

In the spring, Washington, D.C. is dusted with cherry blossoms and crammed with tourists eager to experience the city’s museums, newly impressive food scene and abundant live-entertainment options in areas such as the District Wharf. Yet just across the river in northern Virginia, the scene is very different: Crystal City, a wishfully named sea of unremarkable glass-and-steel office buildings, is an underutilized corporate wasteland in the lee of Reagan National Airport. “You’ll feel the emptiness of some of the buildings and you’ll see the drapes on a lot of the buildings,” says Arlington Economic Development director Victor Hoskins.

All that may be about to change. After a multiyear search process and in a much-anticipated announcement in November 2018, tech titan Amazon announced it would create a second headquarters in northern Virginia. Proponents say HQ2 will bring tens of thousands of high-paying tech jobs to the region, help revitalize the unremarkable Crystal City district with modernist architecture, walkable streets and hip eateries and fuel an economic boomlet throughout the metro area.

Related Facebook’s Libra Must Be Stopped

But the selection of northern Virginia was far from a foregone conclusion. More than 200 cities around the country competed to win Amazon’s business, and another planned headquarters expansion in New York was torpedoed by local opposition. Winning the Amazon deal required a potent combination of demographic, real estate and long-term strategic factors for the Washington, D.C. metro area.

“Historically, Washington is a company town,” with the federal government driving growth, says Stephen Fuller, director of the Stephen S. Fuller Institute for Research on the Washington Region’s Economic Future at George Mason University, which created the economic forecasts for the HQ2 bid. In 1980, the federal government spent $4.2 billion on services from area companies. By 2010, that amount had soared to $81.5 billion. The increase, Fuller says, was the result of “a shift of federal budgetary policy from doing all of the work themselves to contracting it out.” Consequently, from 2000 to 2010, government spending on services from local companies surged 8 percent per year, and by 2010, federal spending accounted for 40 percent of the metro’s economy.

That expansion reversed in 2011, as the Great Recession began to provoke GOP-led austerity measures. Federal contractors would shed 100,000 jobs in the region. The cost-cutting hit northern Virginia and the Crystal City district particularly hard. Office vacancy rates in Crystal City climbed as high as 15 percent, according to John Kusturiss, vice president of regional developer Penzance, which is building a major mixed-use condo development nearby.

In the Washington area economy, like in New York, people work first and play second.

The combined pressures of austerity and recession forced local economic development officials to step up their efforts to lure major corporations to the region without relying on government contracts as bait, with significant success. Hilton, Gerber and, a year and a half ago, Nestlé all relocated their HQs to the area. In developing the forecast used in the Amazon proposal, Fuller interviewed CEOs at 50 companies based in the area. “Those companies told me exactly what the CEO of Hilton told me: They said, ‘I moved to Washington because of the labor pool that was there. They had a hardworking, overworking talent pool. In the Washington area economy, like in New York, people work first and play second.’”

Related How Microsoft is Tackling Homelessness in Seattle

So when Amazon announced in September 2017 that it was looking for a home for a second headquarters, Washington, D.C. and northern Virginia already had practice at drawing Fortune 500 headquarters. When the initial announcement was made, hundreds of cities quickly offered tax incentives to the company, which said it would locate as many as 50,000 jobs at the new HQ. In January 2018, the company released a short list of cities under consideration, including the D.C. metro area, and things got serious. Each of the 20 cities began assembling extensive research on local trends that would support the company as well as robust packages of tax incentives and public investment.

Our efforts have been more collaborative than exclusionary.

“When the first round happened, we really realized that our working together was like a piece of magic,” says Hoskins, the head of Arlington Economic Development. Rather than working independently, the economic development offices in Montgomery County, Md. (which includes Bethesda), Washington, D.C. and Arlington County built upon their experience with other major corporate relocations and shared their efforts to present complementary packages to Amazon. “We travel to conferences together, we’re pitching the region together,” says Brian Kenner, deputy mayor for planning and economic development for Washington, D.C. “No other city, more likely than not, in that top 20 was able to talk to two other [cities] simultaneously about their proposals. We were all talking about, ‘How do we respond?’ And our efforts have been more collaborative than exclusionary.” 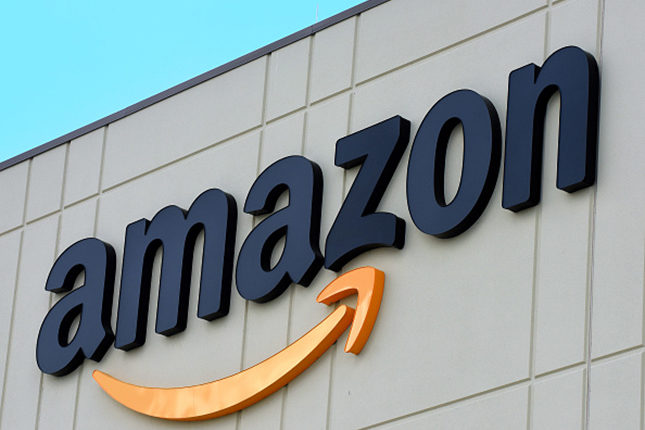 Indeed, the factors that ultimately won Amazon’s business seem rooted in this willingness to work across jurisdictions. “It’s regional solutions for transportation, for housing, for education, that are how we can compete,” Hoskins says. Between the state of Virginia, Arlington County, Alexandria and Washington, D.C., and private developers, almost $1 billion is being raised to build affordable housing in the region. Maryland, Virginia and the District of Columbia entered a three-way deal in 2018 to provide $500 million annually for the Metro rail system, the first time in the history of the public transit system that it’s had a dedicated funding source, according to the Coalition for Smarter Growth.

Perhaps most important, they assembled local universities, including George Mason, which is building a $250 million tech center in Arlington, and Virginia Tech, which is building a $1 billion tech campus nearby, to demonstrate the strength of the technical pipeline to Amazon. This was critical for Amazon as their primary concern “clearly was having a talent pool sufficient to meet their labor force requirements,” Fuller says.

Now that Amazon has officially selected Crystal City for its HQ2, the question facing the region is how the company’s presence will change it. Because of the initial decision to split the HQ2 between New York and the D.C. metro area, only about 25,000 jobs are expected to flow to the region, rather than the 50,000 Amazon initially dangled to get cities around the nation to compete for its business. Either way, it will be a drop in the bucket; Fuller forecasts that the region will add 378,000 jobs by 2030. Likewise, Fuller doesn’t foresee Amazon causing gentrification as severe as in other communities since it will be taking over derelict office space, although many locals are less sanguine about housing prices.

On the flip side, Amazon is betting that the D.C. metro area will provide the company with long-term strategic benefits. Beyond having access to a major, educated workforce, HQ2 will also give it a huge presence in a city that is increasingly critical to its success as a business. The company is bidding for a $10 billion Pentagon contract (rival tech giant Oracle has sued over alleged conflicts of interest). And Amazon founder and CEO Jeff Bezos now owns the Washington Post and the most expensive home in Washington, D.C. All this at a time when the company is facing increasing antitrust scrutiny.

Related Why Do Billionaires Want to Live Forever—on Mars?

It’s hard not to wonder if flooding the metro area with 25,000 highly paid Amazon employees may be part of a longer-term messaging campaign and an attempt to make the company an inseparable part of the city before the regulators that live there get serious about taking it on. But for the local community, HQ2 should represent the beginning of a tech boom that goes beyond Amazon.

The investments being made in public transit, education and housing aren’t just for Amazon, according to Fuller. “Other kinds of companies will look at Alexandria and Arlington differently because they’ll see this pool of technology workers,” Fuller says. “It’s the combination of public transit, private transportation, air transportation, internet connectivity. Increasingly people are living closer to their work. Washington is more like a West Coast city than an East Coast city.” Of course, San Franciscans and Angelenos might dispute this, but the sentiment just might indicate a new mind-set in the nation’s capital. And if everything goes as planned, the empty offices in Crystal City will soon be a hive of activity from one of the world’s biggest companies and a new generation of tech workers and entrepreneurs will call the nation’s capital home.