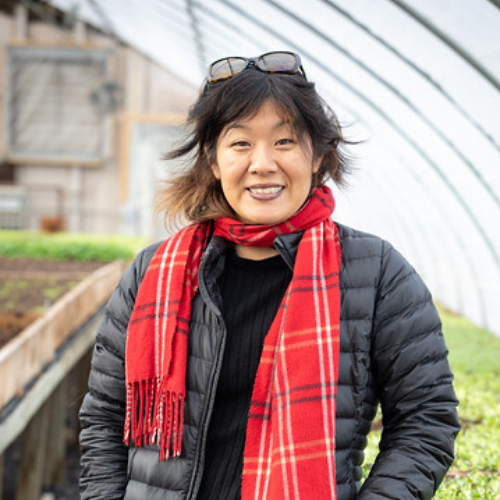 Founder & Chief Content Director of from Farms to Incubators

Amy Wu is an award-winning writer for the women’s ag and agtech movement.

She is the Founder & Chief Content Director of from Farms to Incubators, a multimedia platform that uses documentary, video, photography and the written word to tell the stories of women leaders and innovators in agtech. It has a mission of expanding the profiles of women in food, farming, and tech.From Farms to Incubators includes a documentary and a forthcoming book that spotlights women leaders in ag and agtech. The documentary and stories have been screened and presented at SXSW and Techonomy. Amy also sits on EcoFarm’s Diversity Advisory Group and has led panels at EcoFarm’s annual conference including “An Untold History: Asians in Farming.”

Prior to starting From Farms to Incubators, Amy spent over two decades as an investigative reporter at media outfits including the USA Today Network, Time magazine, and she has contributed to The New York Times, HuffPost and Wall Street Journal. She reported on agriculture and agtech for The Salinas Californian in Salinas, Calif. She earned her master’s degree in journalism from Columbia University, and speaks fluent Mandarin Chinese.

Earlier this year she made Worth magazine’s “Groundbreakers 2020 list of 50 Women Changing the World.”

To learn more about the initiative check out DCI Corp.