7 Products That Make a Statement

The things with which we surround ourselves are more than accessories. They reflect our accomplishments and aspirations, our sense of who we are and where we’re going. From a watch to a wine, here are seven creations of craftsmanship and design that make a powerful statement. 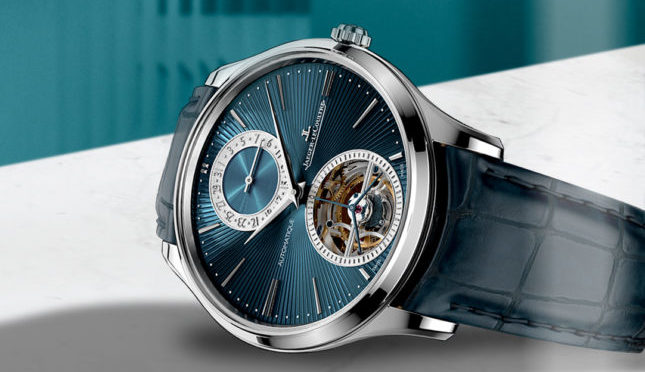 Watches don’t need to be encrusted with jewels and the size of cobblestones to make a statement; the hand-guilloché dial and the elegant blue enamel background encased in white gold of this tourbillon are what make it a powerful watch. Measuring 40mm, with a 12.13mm thickness and a 48-hour power reserve, this recent release, limited to 50 pieces, defines a balance between elegant style and technical prowess. ($88,500) jaeger-lecoultre.com

The Macallan 72 Years Old in Lalique 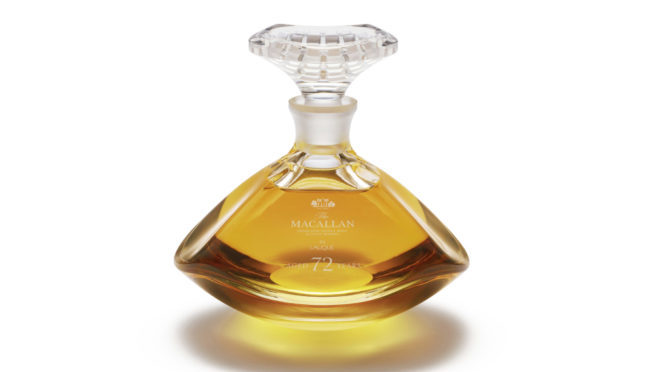 Rare single-malt scotches are hot commodities these days, both for drinkers and collectors. As the number of connoisseurs has risen, so have prices—and the Macallan has benefited greatly, with some of its rarest bottles selling at auction for over $1 million. This expression—distilled in the 1940s, unusually light-colored and possessing a complex palate of peat smoke, sweet oak and green apples—could reach that benchmark one day. Presented in a unique Lalique crystal decanter, the 72 Years Old may not be easy to find—only 600 bottles were made, with just 156 allocated to the U.S.—but getting your hands on even one dram of this liquid is an accomplishment. ($60,000) themacallan.com

Related How You Can Own an Original James Bond DB5 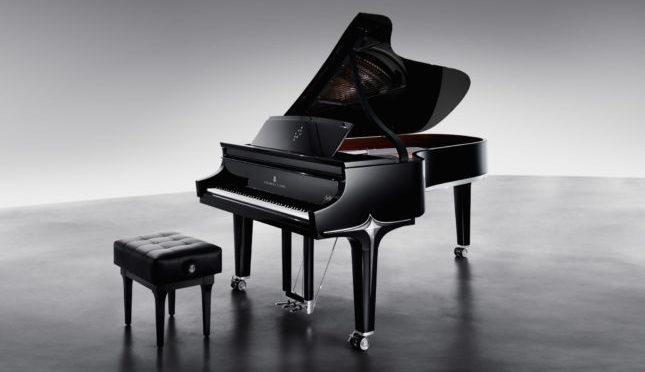 In addition to being meticulously crafted musical instruments, Steinway pianos have the power to transform any home into a musical salon. This year, the Queens, N.Y.-based company partnered with Chinese superstar pianist Lang Lang and American designer Dakota Jackson to create the Black Diamond. Equipped with the company’s self-playing technology, called Spirio, the Black Diamond can reproduce an exclusive concert playlist recorded by Lang Lang, as well as the work of hundreds of other artists, with the precision and caliber of a live performance. ($275,000 in ebony, $375,000 in Macassar ebony) info@steinway.com, 718.721.2600, steinway.com 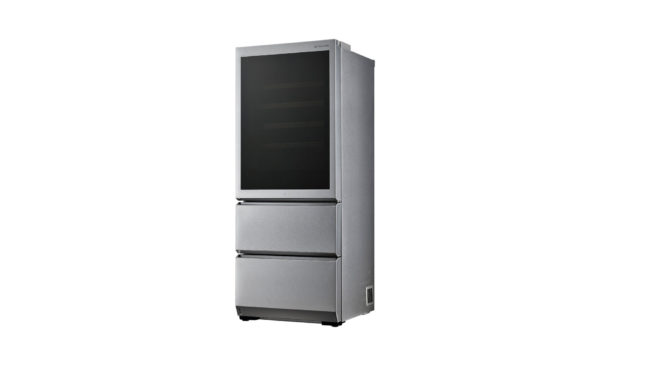 Seoul-based LG’s premium Signature line of appliances manifests the proposition that luxury in home products is a combination of minimalistic artistry, high tech and intuitive functionality. To that end, LG has just launched a 65-bottle wine fridge that mimics the dark, cool conditions of a cellar. A black glass door blocks light from entering, protecting the integrity of your wine; two taps on the front reveal a window through which you can peruse your collection without opening the refrigerator door. A second cooled drawer on the bottom raises automatically, allowing you to reach its contents without bending down. In addition to multiple temperature areas, this sophisticated device also features voice controls and sensors that allow you to open it without your hands. (est. $5,000-$8,000) lg.com/us/lg-signature

Related 7 People Who Are Changing the Face of Power

A Drink to Remember 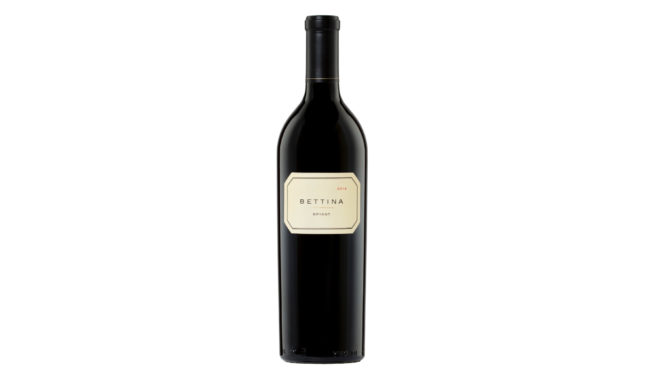 Bryant Estate is one of those California wineries whose estate cabernet sauvignon, with near-perfect ratings year after year, has become the stuff of oenophile obsession. Adding to the wine’s mystique is its limited availability; average time on the waiting list is about two and a half years. The 2014 Bettina is worth its wait. This blend of cabernet sauvignon, cabernet franc, merlot and petit verdot is a revelation of blackberries and currants with a gripping finish that goes on and on. ($425) 707.963.0483, bryant.estate

The Power of Sleep 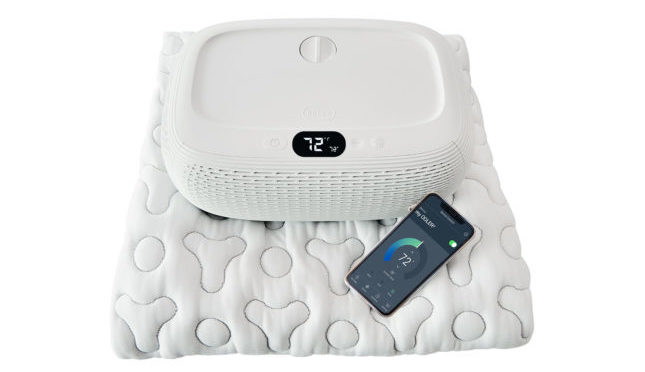 As in life, a good night’s rest is a huge asset in business. Yet even with a comfortable mattress, reinvigorating sleep can be elusive. The makers of Ooler believe that body temperature is the crucial factor in sleep comfort, so they’ve developed a system to give you control over your sleeping environment. It begins with a custom mattress pad that’s filled with a thin layer of water.  A control unit controls the temperature, or you can use the Ooler app. ($699) chilitechnology.com 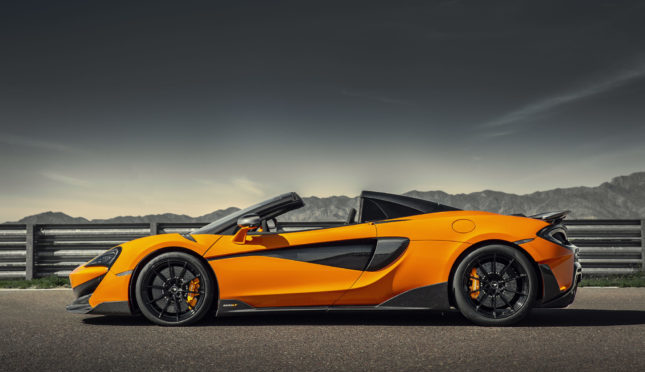 For died-and-gone-to-heaven driving pleasure, the latest McLaren is hard to beat. “LT” stands for Longtail, which McLaren describes as the most “extreme expression” of its performance lineup. “Extreme” sums up this track-centric marvel, which offers a Spider version that eliminates key performance handicaps usually associated with a convertible. Even with its three-piece, carbon-fiber folding hardtop, the Spider weighs a feathery 2,859 pounds. The McLaren’s carbon-fiber MonoCell II passenger tub weighs just 165 pounds. It’s so rigid and strong that no additional weighty bracing was needed for the Spider version. With a twin-turbo, 592-hp V-8 slurping and shrieking behind occupants’ heads, the 600LT scorches 60 mph in 2.8 seconds, and hits 124 mph in just 8.4 seconds. Top speed is 196 mph in al fresco driving, or 201 mph with the top raised. But while that brute force is exhilarating, it’s the purity of the steering, handling and braking that makes the 600LT a standout in the supercar ranks. ($259,000) mclaren.com

Related The Top Power Cars of 2019

Previous Page1Next PagePage 1 of 1
Worth Knowing Worth Weekly

Frequency: Weekly
See all newsletters
Related Articles
back to top