Here are the female economists who are making waves in a male-dominated profession and changing the way we live and work.

For most of its history, economics has been an almost entirely male-dominated field. Slowly but surely, that’s finally starting to change. In banking, academia and public affairs, women are remaking the field of economics—and having a huge impact on how we see the world. Here, in alphabetical order, are 16 of the profession’s leading women. 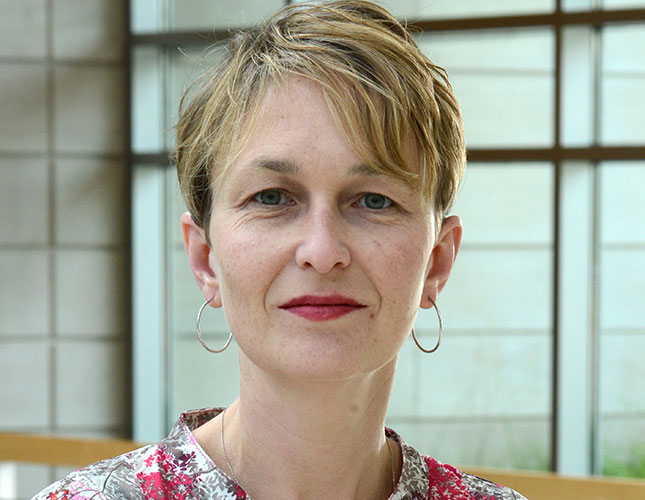 Marianne Bertrand is a leading economist in the study of racial and gender disparities. “The economics we practice today, with all these insights from psychology and sociology, is less disciplined than it was in the past. It is messier, less model-centric and theory-driven,” Bertrand said in a 2018 commencement address at the University of Chicago. “But there is no doubt in my mind that this diminished rigor has come with the benefit of greater realism and an increased likelihood that we are getting some of it right.” 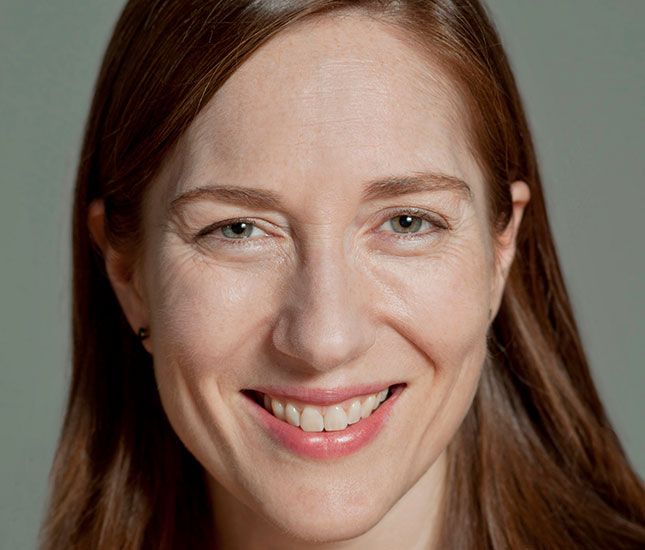 As executive director at the Washington Center for Equitable Growth, Heather Boushey is a leader in researching economic inequality and in analyzing how changes in the labor market and employment policies penalize working families. Twice named to Politico’s top 50 “thinkers, doers and visionaries transforming American politics,” Boushey was appointed chief economist on the Clinton-Kaine Transition Project, which would recommend appointments in a potential Clinton administration, following the Democratic National Convention in July 2016.

In a recent Washington Post op-ed, Boushey wrote, “We face some clear political choices right now. Do we expand Medicaid or keep the Trump tax cuts? We can raise taxes on the wealthy to pay for renewable energy technology—or decide that it’s more important to ensure that the wealthy have low taxes.” 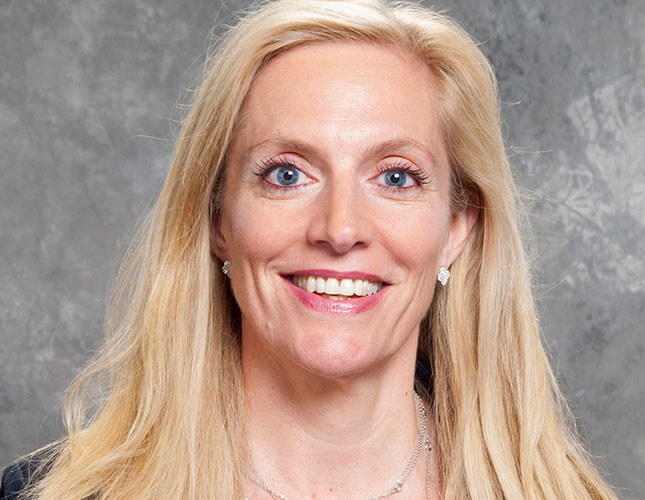 Born in Hamburg, West Germany, to American expats, Fed governor Lael Brainard spent her childhood in communist Poland. Returning to America, she earned a master’s and PhD in economics at Harvard. Brainard later taught economics at the MIT Sloan School of Management and worked as an economic advisor in both the Clinton and Obama administrations. Since joining the Fed in 2014, Brainard has become a key voice on the Board of Governors, which makes decisions about monetary policy. Speaking to Reuters in May, Brainard sounded an alarm for middle class families, citing Fed surveys that found 60 percent of middle-income families do not have enough savings to cover three months of expenses. “There is a palpable sense that the opportunity to reach the middle class and remain in it is receding for many middle-income households,” she said. 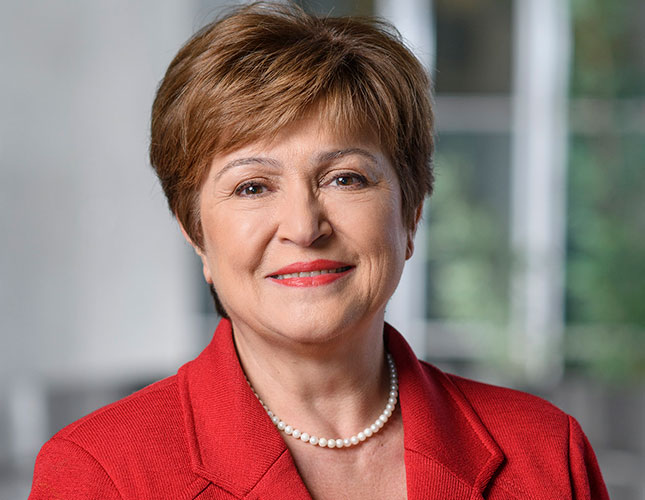 A Bulgarian national, Kristalina Georgieva is CEO of the World Bank, a position created for her in 2017. Bloomberg reported this May that Georgieva is also on the short list to be named the next president of the EU Commission this summer. Georgieva has an impressive history at the World Bank, which she first joined in 1993, rising to vice president and corporate secretary in 2007 and playing a key role in the World Bank’s capital increase and reform responses to the 2008 international financial crisis. In 2010 Georgieva joined the European Commission where, as vice president for budget and human resources, she tripled available funding during the refugee crisis in Europe, led reforms to increase the number of women in management positions at the Commission and managed the European Union’s 33,000-person staff and $188 billion budget. Since her 2017 return to the World Bank, Georgieva has enacted significant internal reforms and challenged the organization with new goals like having women in 50 percent of senior management positions by 2020. In her first year as CEO, she led the bank to a $13 billion capital increase, its first rise since 2010 and the largest in the organization’s history. The deal includes lending reforms and increasing borrowing costs for high-and middle-income countries and is a sign of Georgieva’s ambitions for the bank in the coming years. 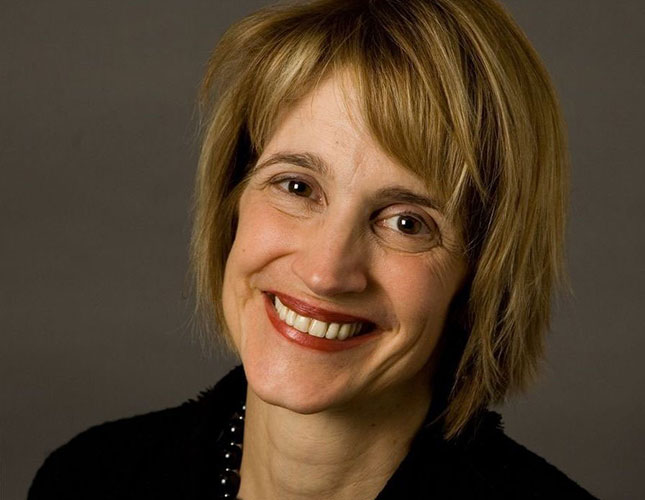 Director of The New School’s Schwartz Center for Economic Policy Analysis (SCEPA), labor economist Teresa Ghilarducci is sounding a call for government reform of pension plans. Discussing her recent paper “Retirement Plan Wealth Inequality: Measurement and Trends” on CNBC, Ghilarducci urged lawmakers to boost social security and to look at “guaranteed” low-fee retirement accounts as a way to improve the prospects for an aging workforce. “We’ve run the experiment for 40 years,” Ghilarducci said. “We pronounce it a failure.”

Ghilarducci’s also a co-author, with the Blackstone Group’s executive vice chairman Hamilton “Tony” James, of the book Rescuing Retirement, which calls for Guaranteed Retirement Accounts (GRAs) for all American workers. 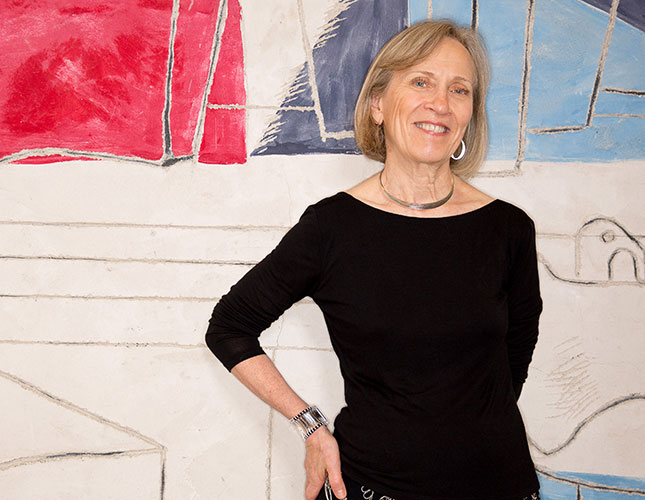 Credited with pioneering the economic study of the wage gap, economic historian and labor economist Claudia Goldin has explored topics ranging from the female labor force, immigration, income inequality, technological change and education. “Many of the issues we still face have to do with what goes on within our own homes, so are harder to get a grip on,” Goldin said in May, upon receiving the BBVA Foundation Frontiers of Knowledge Award in Economics, Finance and Management. “The most important thing is to get men to be on call at home. They should be the first to tell their bosses I’m not going to work overtime this Sunday and miss my daughter’s soccer game.”

Goldin’s interest extends beyond what she calls “marriage inequality” to the longer-term consequences of disparities for an aging work force. Last year, in collaboration with her colleague Lawrence Katz, she authored Women Working Longer: Increased Employment at Older Ages. 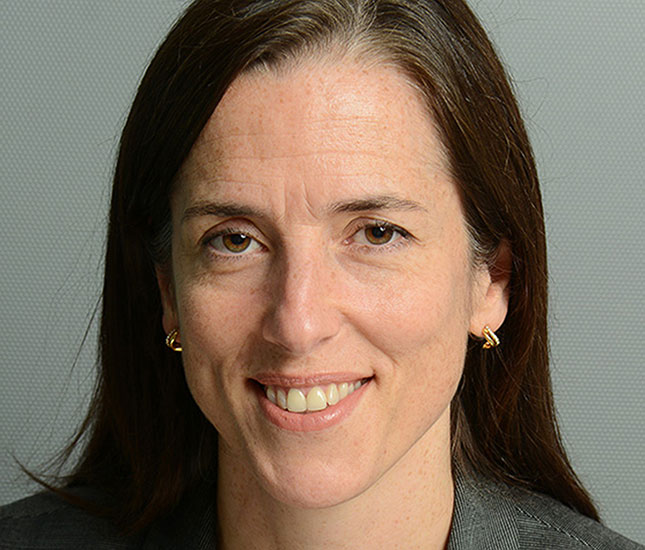 HSBC’s global chief economist since 2015, Janet Henry is an expert on globalization and inflation. Since building her career as an Asian specialist during and after the 1997 financial crisis there, Henry, a graduate of University College London with a degree in economics, has influenced policy makers with her reports on how the global economy affects the U.S. economy, her evaluation of the deep political commitments undergirding the Euro and her prediction that the European Central Bank would undergo quantitative easing. “Markets and politics are just as important as the underlying economic conditions,” Henry says. Henry is now focused on trade tensions, Brexit and a rapidly changing global labor market. “We’re in a period of technological advances, with the rise of the gig economy and huge changes in the labor market, but also political issues that make it in some degree impossible to forecast,” Henry says. “A lot of what we do is think about various scenarios that could unfold. We can’t tell you for sure what’s going to happen with Brexit and trade wars, but we can talk about the scenarios.” 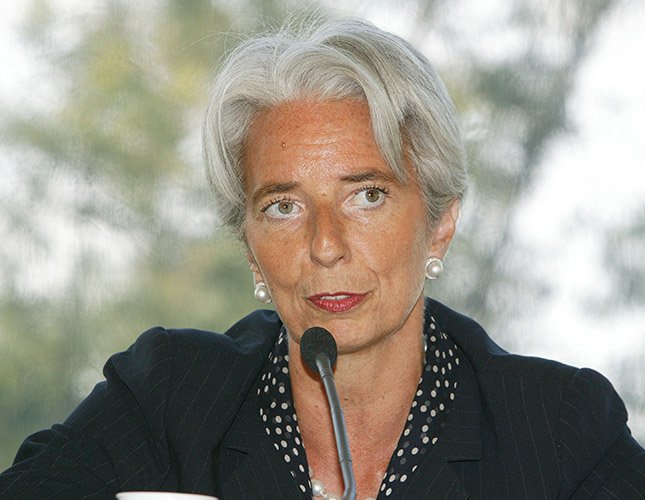 Now serving her second five-year term as managing director of the International Monetary Fund, Christine Lagarde has had a storied career as an anti-trust and labor lawyer, and as France’s finance minister (2007-2011) and trade minister (2005-2007). A self-described Adam Smith liberal, Lagarde is presiding over the IMF at a particularly turbulent time for world markets. During the Greek financial crisis, Lagarde held firm in calling for austerity measures, acknowledging the economic hardships for Greek citizens but referring to herself and her colleagues as “ruthless truth-tellers.” More recently, Lagarde has implored the Chinese government to invest in sustainable development and has cautioned of a worldwide economic slowdown, with potentially dire consequences. “A year ago, I said, ‘The sun is shining—fix the roof,’” Lagarde said in a speech last April. “Six months ago, I pointed to clouds of risk on the horizon. Today, the weather is increasingly unsettled.” 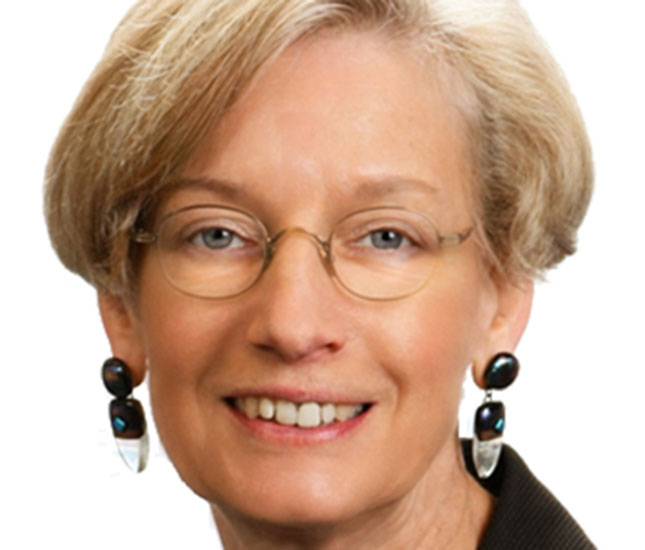 A veteran of academia and policy making, Catherine Mann took the mantle as Citigroup’s global chief economist in February 2018. An MIT economics PhD, Mann was the Rosenberg professor of global economics at Brandeis University, served at the Federal Reserve Board, the Council of Economic Advisors and the World Bank, and came to Citi after a four-year tenure as chief economist at the Organization for Economic Cooperation and Development (OECD). An expert on productivity and wage diffusion gaps and the potential trade-offs between financial regulation, crises, inequality and growth, Mann brings an accessible quality to her analyses. “The real issue facing not just the stock market but the real economy is this protracted period of policy uncertainty. That is weighing on investors’ decisions about [what to do with their] supply chain and purchases,” she told Bloomberg TV in a May 14 interview about trade wars, adding, “Firms that are relatively more domestically-oriented in their revenue stream are outperforming the firms that are relatively outwardly-oriented. That makes sense because the global economy is the one that’s under the stress, whereas the domestic economy—job growth, wages—is doing great.” 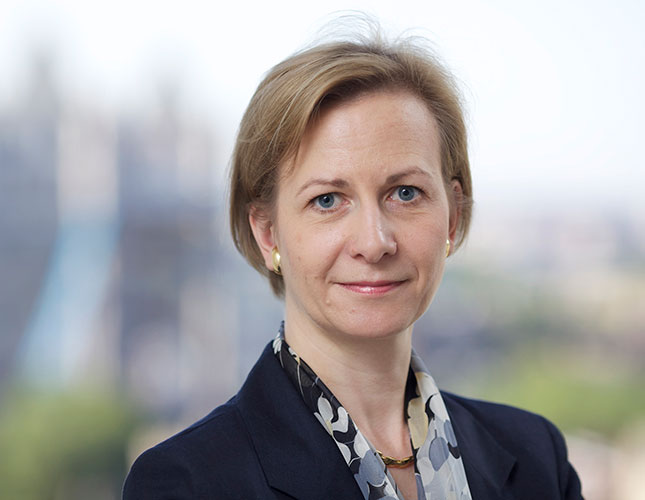 In her 25 years at Société Générale, Michala Marcussen has developed an expertise in the buy and sell sides of the financial industry, risk analysis, European integration and the global economy. “There are a number of factors weighing on the Euro area economy… but my deeper concern is that the U.S. economy is also heading towards a more substantial slow down coming into 2020,” she told Bloomberg in March. “We’re expecting the U.S. economy to slow around one and a half percent, and that will act as headwind on the Euro area… That’s why putting in place a structural reform is all the more critical.” The Danish economist holds an MS in economics from the University of Copenhagen and remains connected to academia, directing doctoral studies and teaching a course in exchange rate economics at the University Paris Dauphine. A onetime trainee of the European Commission in Brussels and a member of the French Société d’Economie Politique, Marcussen is a frequent presence on French television, despite what she called the “rubbish” level of her spoken French in a Bloomberg profile.

Business Procurement and the Urgent Opportunity to Increase Diverse Suppliers

Why Now Is the Time to Acquire Corporate Retreats

Bitcoin and the Cryptocurrency Debate: One Advisor Weighs in on Why He’s Changing His Tune