These 10 cities don’t dominate the national narrative, but they’re making a bid for prominence in 2020. 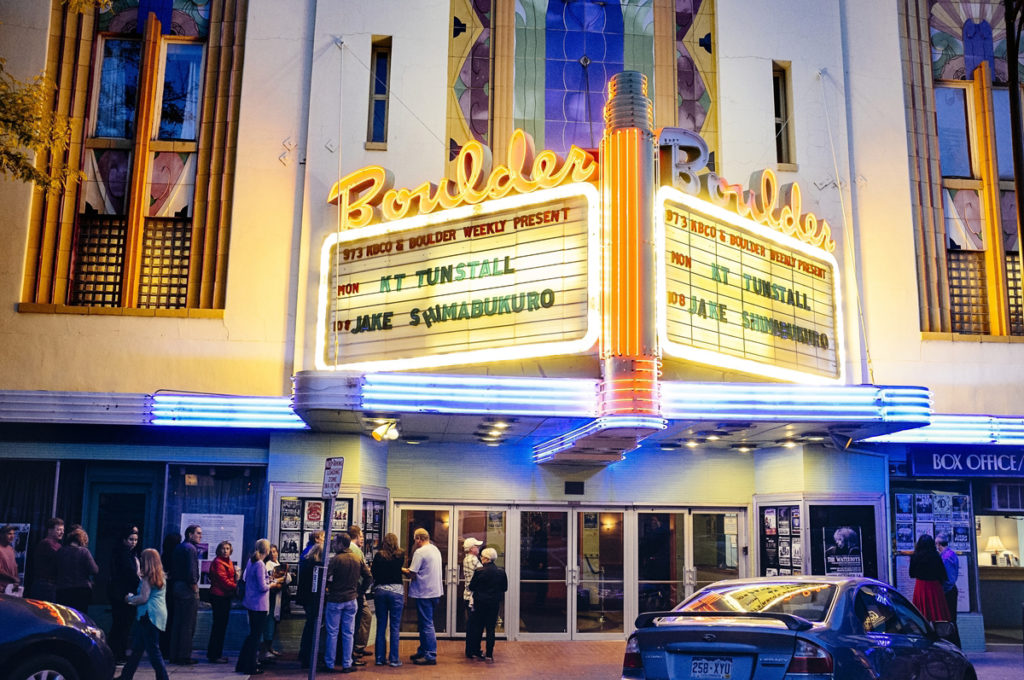 Boulder seems to have it all—at 100,000 people more or less, it’s not too big, but neither is it tiny, and it’s just a half an hour from Denver if you need the amenities of a bigger city. Boulder has great restaurants and a vibrant arts and culture scene, and is also considered one of the most LGBTQ-friendly cities in the country. It’s stocked with young people—it sometimes seems that every free-spirited teenager in the country wants to attend the University of Colorado Boulder. Given all these advantages, it’s not surprising that Boulder’s biggest problem may be its popularity: Traffic, housing prices and the pace of growth are real problems and frequent sources of complaint. But these are, relatively speaking, good problems to have, indicative of the city’s strong economy and high quality of life. Boulder’s future will depend on how it responds to them. 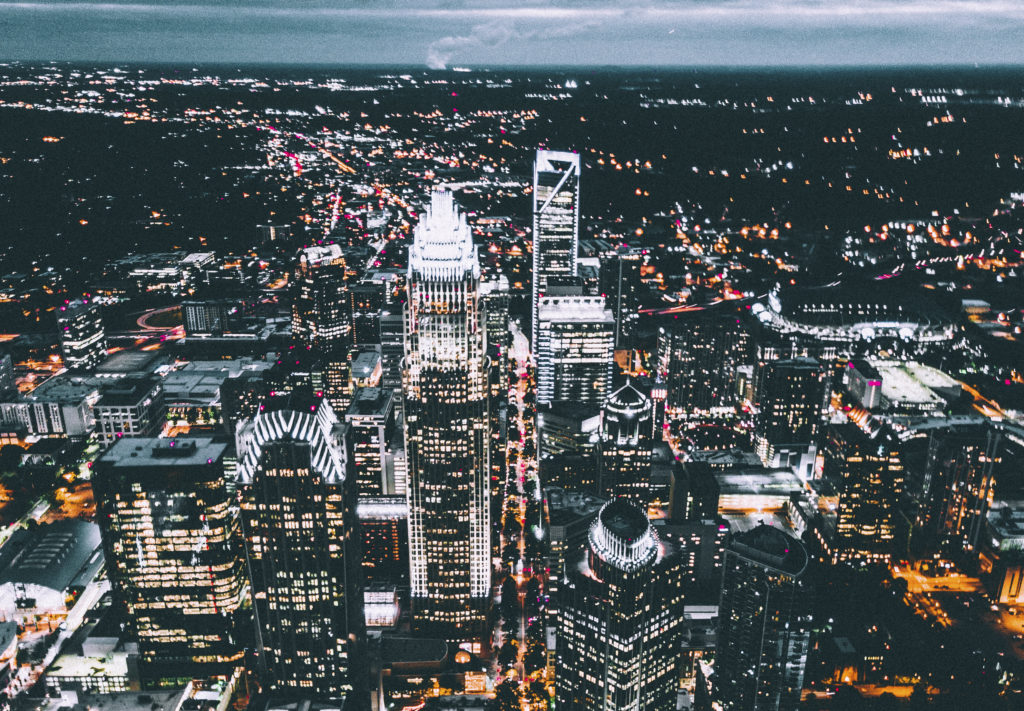 Charlotte has two particular challenges. One is that, as a banking center—the second-largest in the country, thanks mostly to Bank of America’s and Wells Fargo’s presences there—North Carolina’s biggest city has a reputation for being a little, well, bland. The other is that it happens to exist in North Carolina, whose politics have become a statewide scandal and a national joke, thanks to heavy-handed power grabs (gerrymandering and legislative chicanery) and ideological obsessions (the infamous bathroom bill). Just imagine what North Carolina could get done if it didn’t keep embarrassing itself.

But the political silliness in the capital isn’t Charlotte’s fault. And as for the blandness—well, that’s a little unfair. Charlotte’s population of almost 870,000 is diverse: about 41 percent white, 34 percent black and 14 percent Latino. The website SmartAsset named it the second most diverse city in the country for people who work in STEM jobs (Philadelphia was first, Sacramento third.) The solid foundation of its economy means that the median household income is a healthy $61,000-plus. (The U.S. average is about $53,000.) And it’s a young city, with a median age of 33.9. One reason for so much youth: Charlotte is very affordable, and thereby appeals to millennials. Those young people also make Charlotte a great place for vegetarians and beer-drinkers alike—there are abundant options on both counts.

Though city leaders reportedly now have some misgivings about it, the Republican National Convention comes to Charlotte next August. (Trump won the state by four points in 2016.) Expect it to be a hot summer. 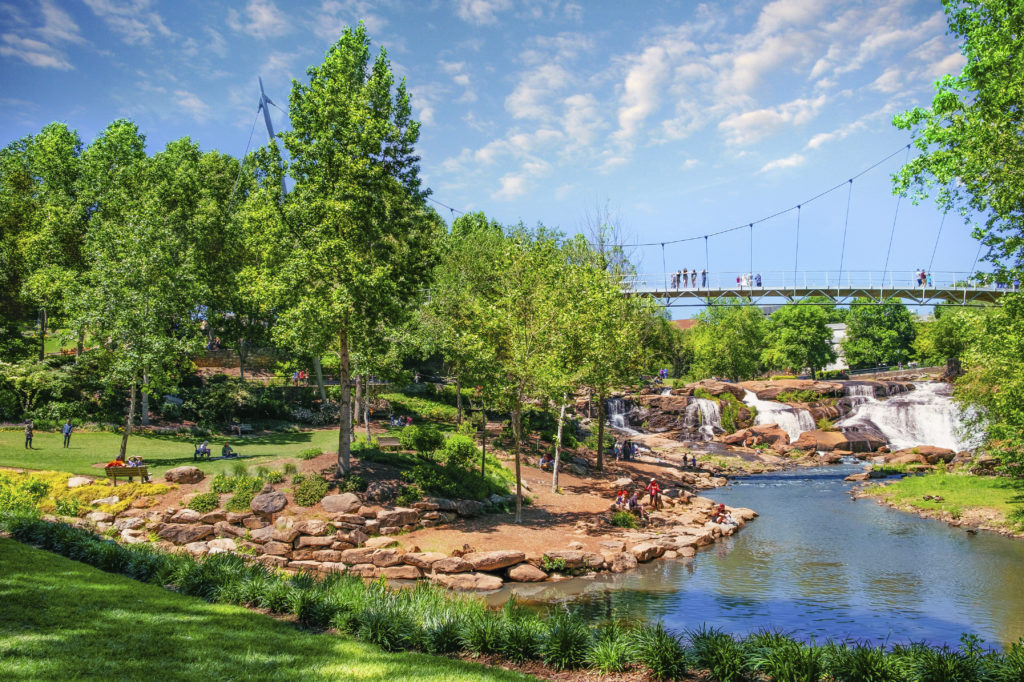 Falls Park on the Reedy

About halfway between Atlanta and Charlotte, Greenville is a small city of about 70,000 in northwest South Carolina, part of a 900,000-person metropolitan area that’s attracting business, development, tourism—and buzz. Bolstered by statewide industry from companies such as BMW, Michelin, Volvo and Mercedes, Greenville has a strong and growing economy: Statewide job data in June showed that it had some 8,000 unemployed people, and 8,750 openings. (Greenville has the same challenge that many cities across the country have: a mismatch between jobs and trained workers.) The economy underpins a thriving downtown, which, though small, offers good restaurants and shopping, and Greenville is known for having a robust arts scene that you might expect from a much larger city. With a location in the foothills of the Blue Ridge Mountains, it’s a terrific place to live for people who enjoy the outdoors. 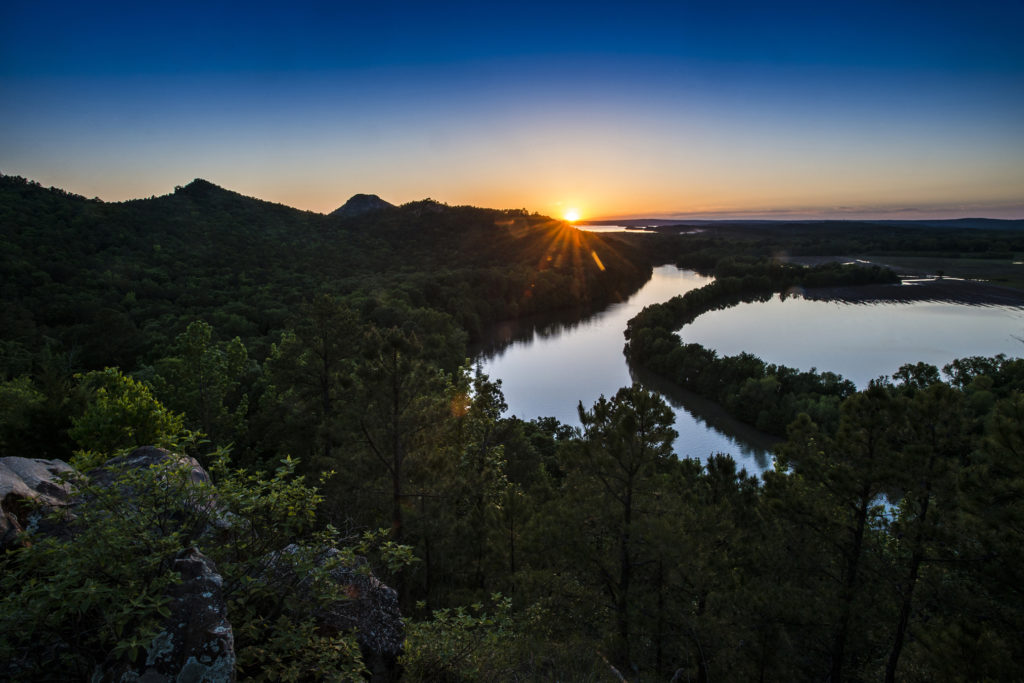 A quarter of a century ago, when Bill Clinton emerged from governing Arkansas to win the presidency, most Americans couldn’t have told you much about Little Rock, and the Clintons’ political foes painted Little Rock as a cesspool of corruption, a bastion of ignorance, and a Wild West of lawless hickdom. (Sometimes for a city, generating a winning presidential candidate is like hosting the Olympics; the aftermath is less fun than the races.) But Little Rock survived, as cities do, and in the years since, it has become less hick than hip. Fundamentally, Little Rock has a healthy economy based on agriculture cultivation and distribution, aviation—Raytheon has a plant there—shipping (Little Rock Port Terminal) and, to a lesser degree, biotech.

Its solid economy, low cost of living and general quality of life—Outside magazine named it one of the “12 Best Places to Live in 2019,” thanks to its access to outdoor pursuits—have attracted millennials, who’ve made Little Rock surprisingly funky. Southern Living magazine named Little Rock’s SoMa (South Main) neighborhood, which is stocked with restaurants, coffee shops and even an “escape room” attraction, a “next great neighborhood.” The Clintons would be proud. 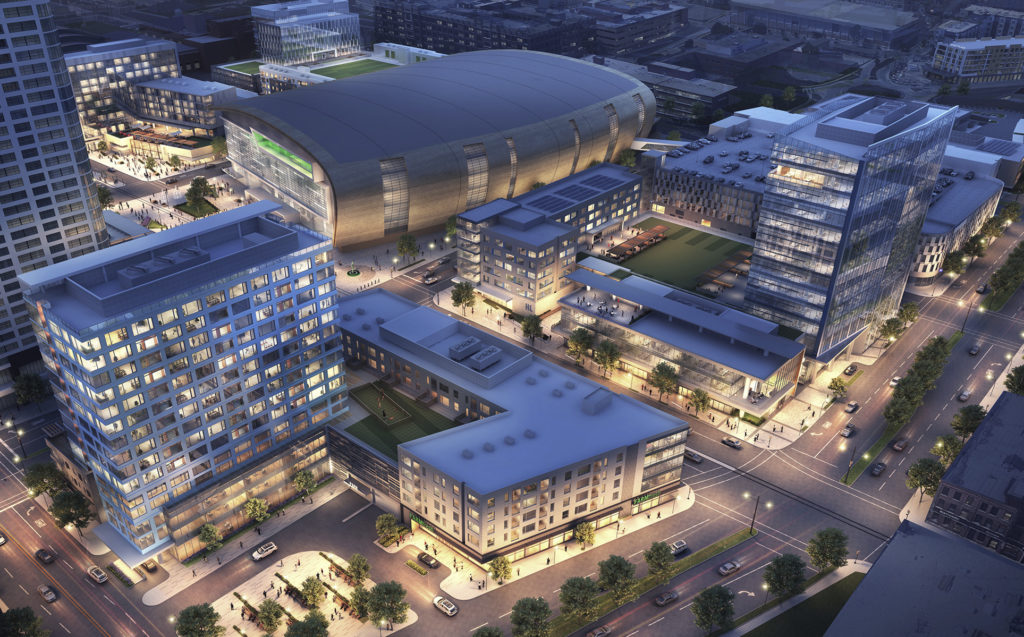 This proud blue-collar city was hard-hit by loss of industry over past decades, as well as the financial crisis. But it’s been rebounding recently—no pun intended, we promise—in large part due to the arrival of four finance guys from New York who bought the Milwaukee Bucks in 2014. Investors Jamie Dinan, Wes Edens, Marc Lasry and Mike Fascitelli have transformed a franchise that had been in decline; in the confines of a beautiful new arena, Fiserv Forum, and led by the dominant play of Giannis Antetokounmpo, the Bucks have galvanized their city. The new owners have also been busy developing the almost 30 acres of real estate they bought along with the team, adding hotels, office and retail space, restaurants and apartments, and in essence expanding the parameters of Milwaukee’s downtown. Suddenly this city has become exciting again. That, along with Wisconsin’s centrality in the 2016 presidential campaign, is why the Democratic Party chose Milwaukee as the site of its nominating convention next July.

Related Where to Stay, Play and Invest in Milwaukee 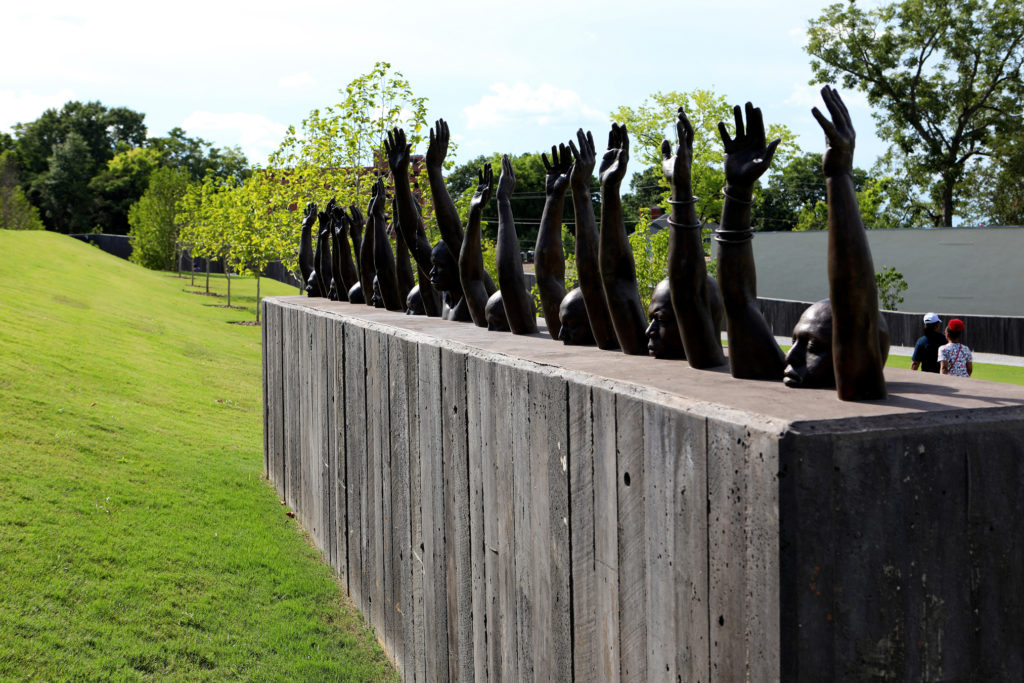 Hank Willis Thomas’ Raise Up at the National Memorial for Peace and Justice. Photo by Raymond Boyd/Getty Images

There’s been a buzz about Montgomery in the past year or so, and it’s well-deserved: Under the leadership of longtime (though leaving office soon) mayor Todd Strange, it has become known as a place that is innovating economically while embracing a timely reevaluation of its own painful history. Tangibly, that reevaluation comes in the form of two powerful memorials created by Bryan Stevenson, founder of the Equal Justice Initiative, a human rights organization. One, the Legacy Museum, tells the story of African slavery in a provocative and important way, connecting that terrible institution to race-based violence up to the present. The other, the National Memorial for Peace and Justice, is a heart-wrenching reminder of the horrific phenomenon of lynching in America. On the economic side, Strange, mayor since 2009, has presided over a rebirth of Montgomery’s beautiful downtown, promoted a “smart city innovation district,” and helped attract a Hyundai manufacturing plant. The big question mark now: Who will succeed Strange, and will that person continue his record of pragmatic achievement? 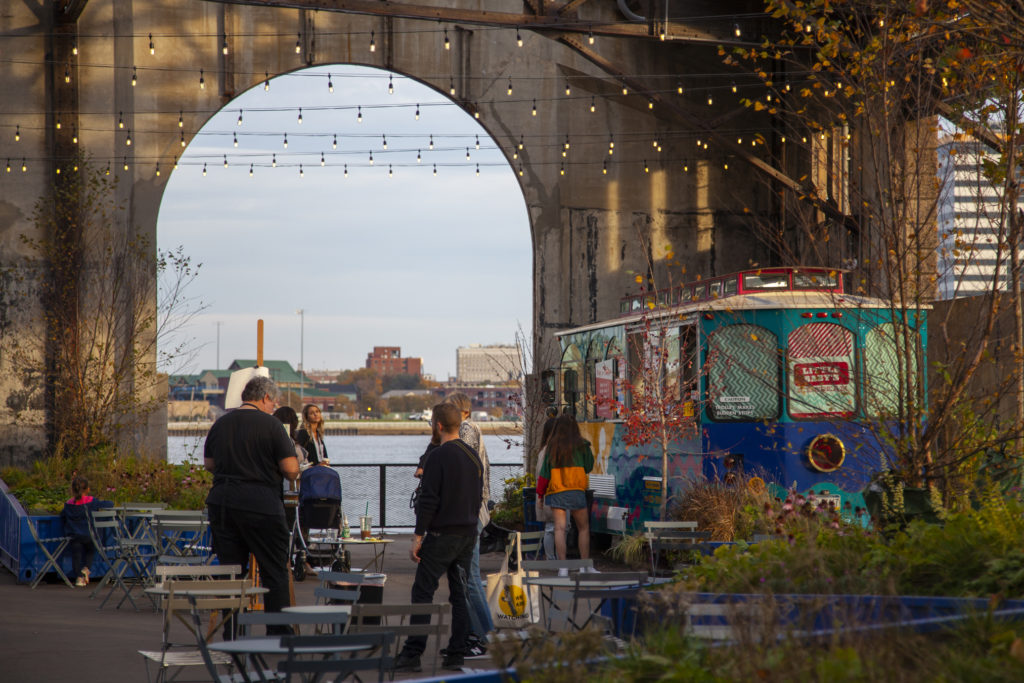 In August of this year, TV viewers around the country watched, transfixed, as a Philadelphia man under suspicion of dealing drugs opened fire on police officers who came to his apartment to serve a warrant. The standoff lasted for hours and led to six police officers being shot before the shooter was arrested. (Thankfully, all the officers survived.) It was a bad break for Philly, a city that has struggled with crime and poverty but where there are also good things happening. The poverty rate, long a devasting problem, dropped below 25 percent last year—which doesn’t sound so encouraging, unless you consider that it hasn’t fallen below that mark since 2008. (The national average is about 12 percent.) Median household income, meanwhile, moved upward, rising from about $43,000 in 2016 to $46,000 in 2018—still not enough, but headed in the right direction. Demographically, the city is getting younger, better-educated and bigger, thanks in part to a considerable influx of millennials during the recession of 2008-2010. At its strongest, this is a place with vital neighborhoods, world-class museums, a fanatic sports culture and a rich history. It’s possible that Philadelphia has finally turned the corner in delivering a better quality of life for the great majority of its residents. 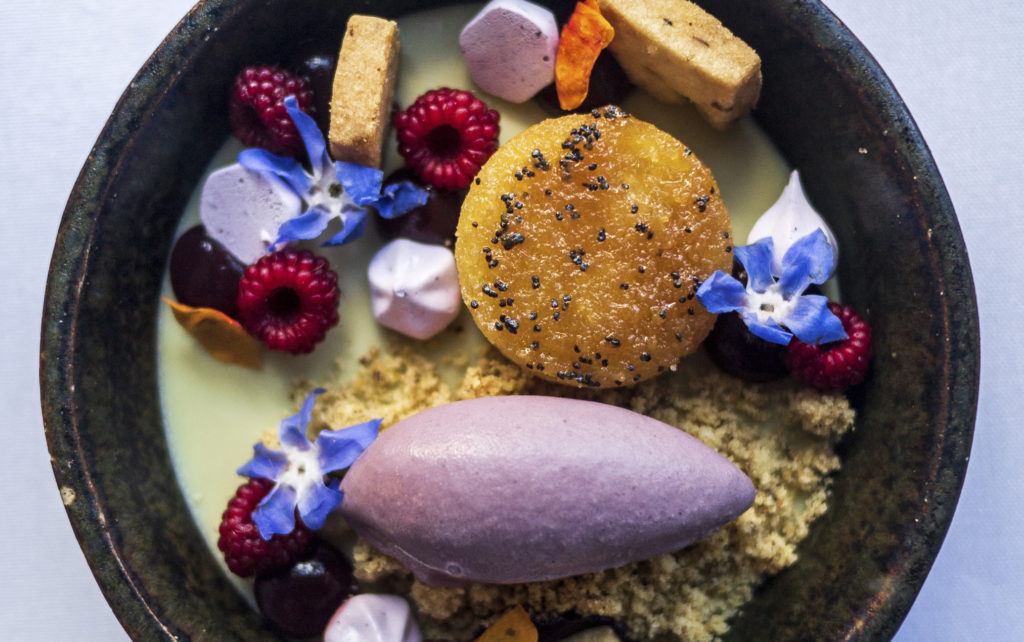 With a population of about 180,000, Providence is frequently overshadowed by its northern neighbor Boston. Yet from the perspective of both visitors and businesspeople, there’s a lot in here that’s worth paying attention to. A city of distinctive and vibrant neighborhoods, it has one of the country’s best food scenes—Travel & Leisure magazine recently called it a “stealth dining mecca”—fueled by a rich cultural diversity. Those neighborhoods also make for a city that is fun and easy to explore, but which offers numerous rich experiences within proximity to each other. (Our favorite may be Federal Hill, which is largely Italian American and feels wonderfully old country.) Meanwhile, boosted by talent and energy from local Brown University and the Rhode Island School of Design, Providence is working hard to attract new business, and there’s real progress: Witness the just-opened, 62,000-square-foot Cambridge Innovation Center, a hub for start-up businesses. The city has its challenges, including a ticking time bomb of a state pension fund and so-so public schools. But there’s too much good happening here for Providence to be overlooked.

Related Richmond: The Reality Beyond the Headlines 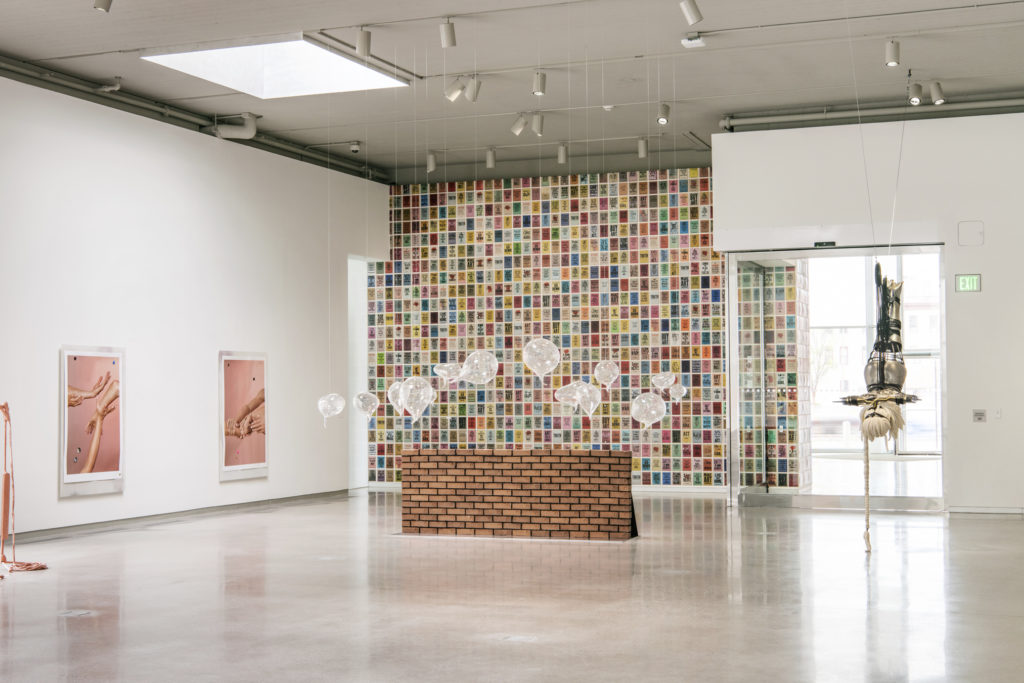 Institute for Contemporary Art at VCU

Virginia’s capital has become known of late for controversies around its prominent Confederate statues and the misbehavior of some state politicians. But it’s handled the Confederate controversy in a thoughtful, inclusive way that reflects well on the city, and, anyway, you can’t blame Richmond for politicians acting badly. So ignore the bad press: This is a city with energy and momentum. It has noteworthy cultural institutions, including the Virginia Museum of Fine Arts and the newly expanded American Civil War Museum, and an impact well beyond what you’d expect from a city of about 230,000. There is an outstanding restaurant scene, a thriving outdoors community, and an abundance of young people, thanks in part to Virginia Commonwealth University and the University of Richmond. And it has a healthy business community—anchored by the headquarters of seven Fortune 500 firms and the Federal Reserve Bank of Richmond—that’s about to experience a halo effect from Amazon’s HQ2 in northern Virginia.

Related How Providence is Becoming a Foodie Destination 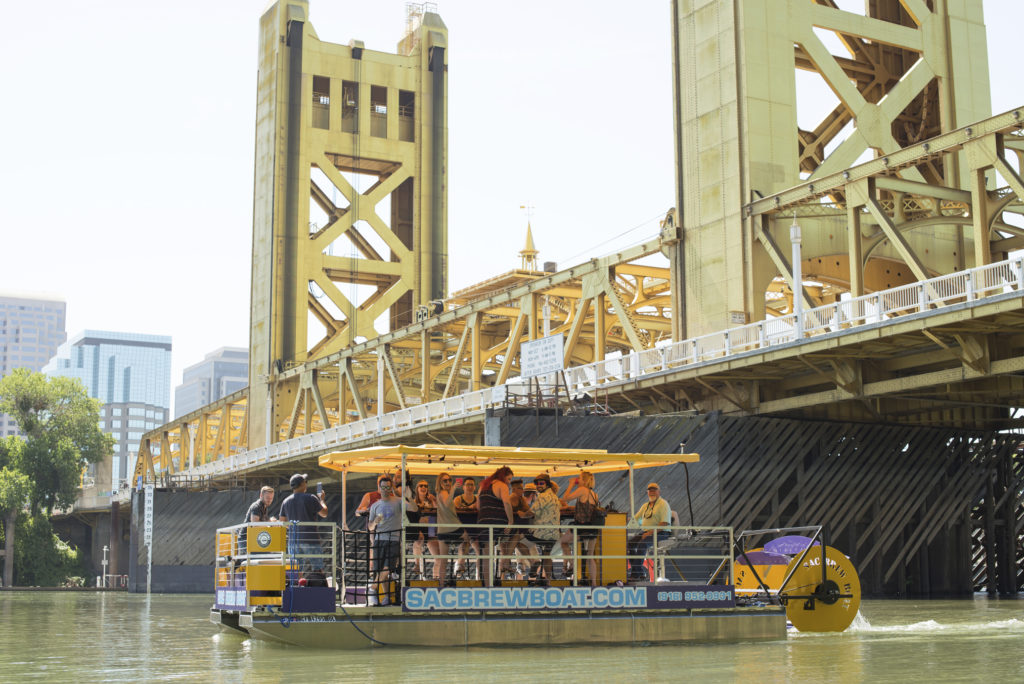 Sacramento’s got a tough job: It has to compete for attention with cities like San Francisco, Los Angeles and San Diego. And it has to do that as a state capital, and state capitals, fairly or not, aren’t typically known as the most colorful of places. For a long time, if you weren’t in California politics, you didn’t have much reason to go to Sacramento. But the city, as New York magazine recently put it, is actually kind of, you know, cool. It was the backdrop for the hipster-beloved indie film Lady Bird. Its restaurant and craft beer scenes are crushing it. (Sacramento is the “best up-and-coming food city” in the country, according to the website Thrillist.) The new Golden 1 Center, where the Sacramento Kings NBA team plays, is helping to spur a thriving downtown. And new California governor Gavin Newsom, who’s leading California in its dozens of fights against the Trump administration, is also making the capital heat up. Maybe best of all, it’s not San Francisco, Los Angeles or San Diego—which is to say, there’s more economic diversity among those who live there.

Related Sacramento is Entering a League of Its Own

Previous Page12Next PagePage 2 of 2
Worth Knowing Worth Weekly